The event will be live until June 19. 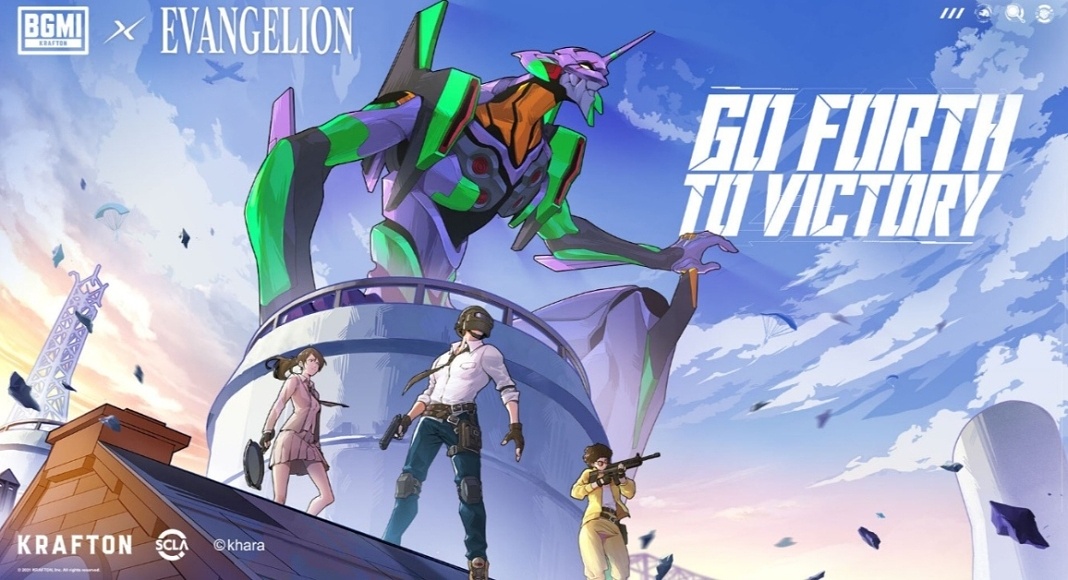 As part of the new Version 2.0 Update, Battlegrounds Mobile India (BGMI) has announced a new limited-time game mode inspired by the iconic and acclaimed anime series EVANGELION pitting players against the fearsome Angel. The event will be live until June 19.

BGMI 2.0 has announced the introduction of New EVANGELION themed items in the new Crossover Event. With the release of Update 2.0, a number of new features were added to the game. Players can enter the Evangelion Discovery Event to win cool crossover-themed items.

Livik and Erangel will get the new ‘Core Circle’ game mode. In Erangel from May 19th to June 19th, players can watch EVA-01 take on EVANGELION’s 6th Angel in a special event.

As per the developer Krafton, Players will begin each match in a special shrunken Blue Zone, where they will witness the 6th Angel appear on Spawn Island and fire a powerful laser. The action can be followed by looking for EVA-01’s spawn point on the mini-map and following Angel’s deadly path forward.

Fortresses will open fire on the Angel to defend the island until it unleashes its full force on them. After the fortresses have been destroyed, players can rummage through the chaos for better supplies and alter the structure of the fortress walls to suit their own combat strategies.

More supply crates litter the battlefield in this mode, including ones containing more valuable resources below ground level. Near the start of the game, there will be a limited time Respawn period where fallen teammates can rejoin the fight while keeping their weapons.

Players will be able to purchase several new exclusive EVANGELION collaboration items from May 14th to June 19th, ranging from iconic character plug suits to themed armour and parachutes to backpacks. A special companion will also appear in the game for players to team up with.

Beginning tomorrow and lasting until June 19th, an additional themed EVA Discovery event will be available in-game, where players can earn Exploration Progress by playing matches in Classic Mode, with an additional progress bonus available after May 19th from Core Circle gameplay.

Progress can be exchanged for limited-time Evangelion themed rewards, and upgrading some collaboration items to permanent items will result in a special discount.

Komila Singhhttp://www.gadgetbridge.com
Komila is one of the most spirited tech writers at Gadget Bridge. Always up for a new challenge, she is an expert at dissecting technology and getting to its core. She loves to tinker with new mobile phones, tablets and headphones.
Facebook
Twitter
WhatsApp
Linkedin
ReddIt
Email
Previous article
5 Things Your Business Needs To Go Paperless
Next article
India shipped over 4 million PCs for the third quarter in a row: IDC Report