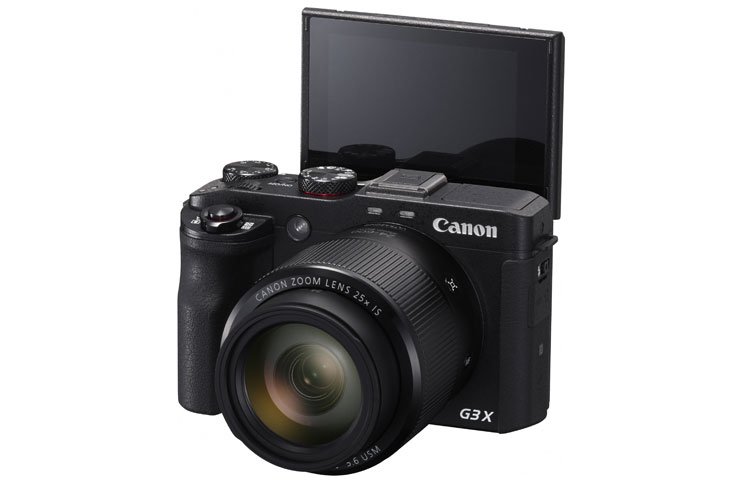 Now a days, many cameras are coming up in the Indian market, the most recent camera is launched by Canon called the PowerShot G3 X. Seems like this camera is built for uncompromising image quality and has many decent features in it. The camera is powered by a large 1 type CMOS sensor, which enables the camera to achieve superior image quality even in low light area.

This new high zoom camera has a 24-600 mm (35 mm film equivalent) 25X optical zoom lens with improved zoom framing assist. The zoom framing assist auto function in the camera automatically detects changes in the size of a subject’s face in the frame, distance from subject, and even the number of subjects based on the camera’s movement.

The company says that the image stabilization (IS) system of the camera has been improved so that the users can easily record enhanced movies. There is also a little movie maker feature in the camera. This enables the users to share the captured moving pictures through Wi-Fi and NFC function.

Another feature that caught our eye is that users can use a smart device as a remote to capture images. Called Remote Shooting, a user is able to operate the PowerShot G3 X from a distance, using their smartphones. The camera’s view is projected onto the smart device using an app, and from there the user can directly adjust settings such as focus, shutter speed, zoom, ISO, aperture and aspect ratio. Canon supplies the users with a connect station as well. This lets the users save their images and videos with ease. They can also connect the camera with it to any HD TV. This camera also enables users to shoot 4-second video clips with the short movie function, and have the option to apply slow-motion or fast-motion effects.

Canon G3 X is dust and water resistant too, thanks to the rubber sealing around it. The users can control the sound, aperture, and ISO speeds for desired expression in manual movie mode. The PowerShot G3 has 8.1 cm touch panel LCD monitor that can be tilted by up to 180 degrees upward.

The price of the Canon PowerShot G3 X will be announced soon.

Sahiba Sethhttp://www.gadgetbridge.com
Sahiba Seth is a student, pursuing English (Hon) from Delhi University. She has been a trainer of HYTSE (Helping Youngsters To Speak English) in her school. She loves to interact with people and she is crazy about gadgets like mobiles and cameras. She likes to read and search about gadgets, and their features. She loves to stay in tune with the happenings of Hollywood and Bollywood. Also, she is passionate about reading novels and creative arts.
Facebook
Twitter
WhatsApp
Linkedin
ReddIt
Email
Previous articleMicromax Canvas Selfie Lens smartphone with 5MP front facing camera launched at Rs 8,299
Next articleElephone P8000 4G enabled smartphone with 3GB RAM, 13MP camera listed on Flipkart