Are you waiting for it? 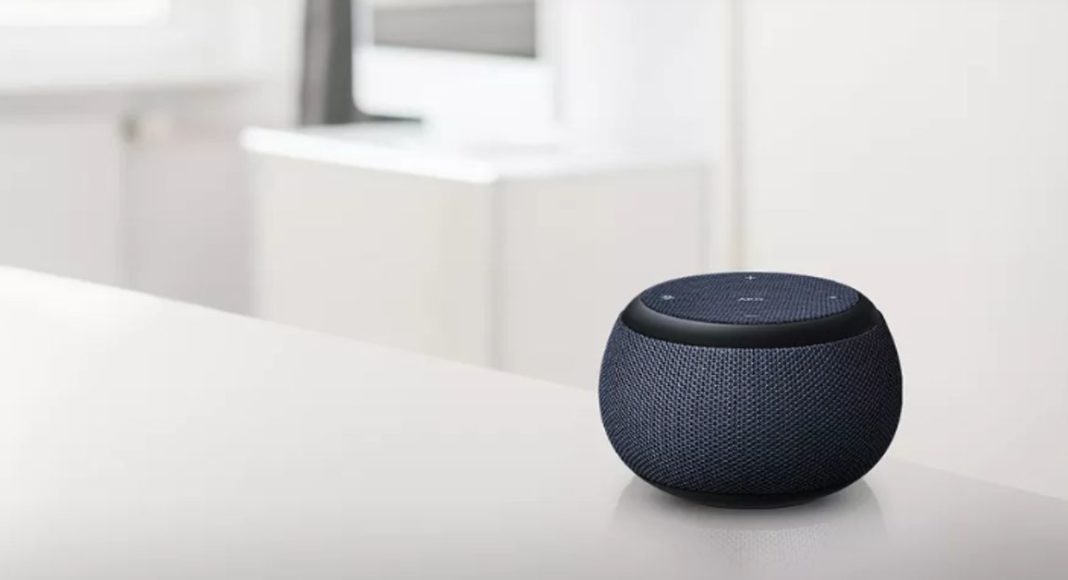 Samsung Galaxy Home Mini is one among the most awaited devices by the South Korean technology giant. At the on-going CES 2020, the company has confirmed that the Galaxy Home Mini smart speaker will be released early this year. According to a report in Bloomberg, it was Samsung’s CEO and head of consumer electronics division Hyun-Suk Kim who made this announcement at the tech show.

Back in August 2019, the company had reportedly said that it is refining and enhancing the Galaxy Home smart speaker prior to launching the device. Coming to Samsung Galaxy Home Mini, the smart speaker comes with the company’s digital assistant Bixby and has the ability to control IoT devices via SmartThings platform. It also functions as a home speaker and uses the company’s AKG audio-brand for the same purpose.

Bloomberg’s report also states that the South Korean technology giant’s aim with the Galaxy Home Mini is to create an assistant that carries out voice commands by the users. With this particular device, the company is not trying to emulate the conversational style of other digital assistants like Apple‘s Siri and Amazon’s Alexa, according to the report.

It is worth noting that as of now, there is still no word about when the bigger sibling — Samsung Galaxy Home — will be released. In fact, Bloomberg says in its report that Samsung has still not decided whether it will be selling it at all.

But even if speak about the Galaxy Home Mini speaker, it should be pointed out that the smart home industry has seen a number of changes since 2018, when the device was actually introduced by the company. The segment is now complete dominated by Amazon and Google and both the technology giants have launched a number of new products since the time Samsung first teased its speaker. So even if Samsung releases its speaker now, it will have a lot of competition to beat in this particular space.

Avani Baggahttp://www.gadgetbridge.com
Avani has an immense love for reading, travelling and food, but not necessarily in the same order. Avani almost started pursuing law, but life had other (better) plans for her and she chose to be a writer instead (luckily!) She previously covered technology at Times Internet and wrote about smartphones, mobile apps and tech startups. When she’s not writing, you’ll be able to find her in book stores or catching up on her social life.
Facebook
Twitter
WhatsApp
Linkedin
ReddIt
Email
Previous article
Sony Vision-S electric vehicle announced at CES 2020
Next article
CES 2020: Sony PlayStation 5’s logo revealed