HomeNewsChandrayaan 2 launch scheduled for today: How to watch the live stream

Chandrayaan 2 launch scheduled for today: How to watch the live stream 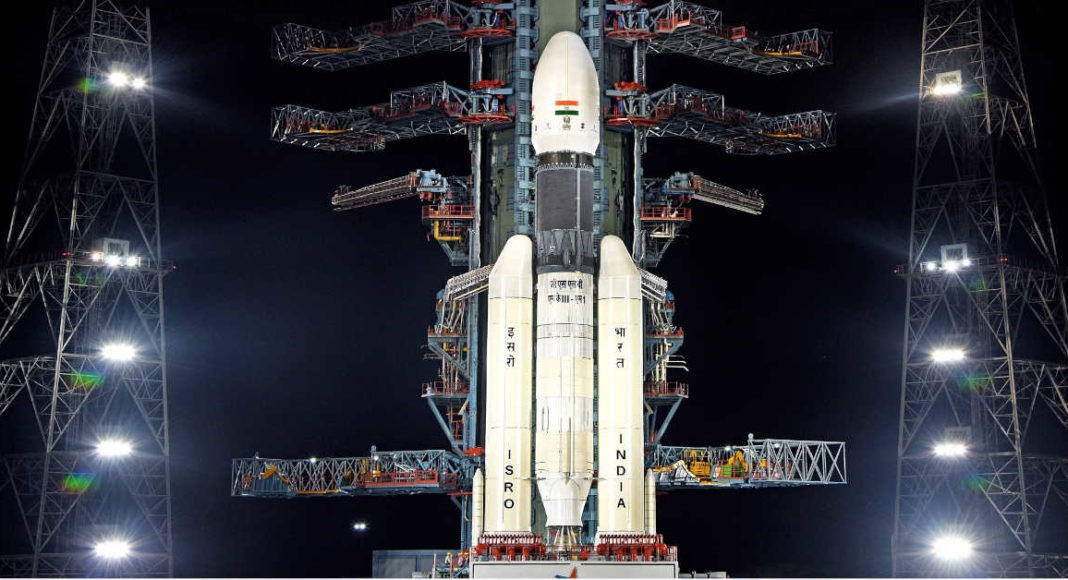 Indian Space Research Organisation (ISRO) is all set to launch Chandrayaan 2, its second moon landing mission today. The mission was earlier scheduled for July 15, but it got called off just an hour before the lift-off because of lack of pressure in helium tanks of Geosynchronous Satellite Launch Vehicle-Mark III (GSLV-Mk III). Today, the lift-off is set to begin at 2.43 pm IST and it will be live-streamed for all. With Chandrayaan 2, ISRO aims to go to the Moon’s south polar region, which is a place no other country has been to before.

The launch time of ISRO‘s Chandrayaan 2 is 2.43 pm IST today. The GSLV Mk-III launch vehicle will be used for the mission and it will be taking place from the Satish Dhawan Space Centre (SDSC) located in Sriharikota. Lunar surface ad relay communication between Earth and Chandrayaan 2’s Lander — Vikram, will be observed via Orbiter.

Chandrayaan 2 is an unmanned mission and it will consist of a Pragyan Rover, which has six wheels and is backed by AI. According to ISRO, it can travel up to 500m and makes use of solar energy to function. ISRO has also said that it can only communicate with the Lander.

As we mentioned earlier, the launch of Chandrayaan 2 will be held at the Satish Dhawan Space Centre. SDSC had opened registrations to witness the launch from their viewer’s gallery. While the registrations are now closed, you can still bank on the live streams to watch the launch. ISRO has said that the live stream of the event will be available on its Twitter and Facebook pages.

ISRO has said that Chandrayaan 2 will be attempting to soft-land the lander — Vikram and Pragyan rover — in a high plain between Manzinus C and Simpelius N craters. The landing is planned to at a latitude of about 70 degrees south. ISRO has said, “Evidence for water molecules discovered by Chandrayaan-1, requires further studies on the extent of water molecule distribution on the surface, below the surface and in the tenuous lunar exosphere to address the origin of water on Moon. The lunar South Pole is especially interesting because of the lunar surface area here that remains in shadow are much larger than that at the North Pole. There is a possibility of the presence of water in permanently shadowed areas around it. In addition, South Pole region has craters that are cold traps and contain a fossil record of the early Solar System.”

As we pointed it out earlier, Chandrayaan 2 is the first-ever space mission to conduct a soft landing on the south polar region of the Moon. Besides this, it is also the first attempt by India to attempt a soft landing on the Moon’s surface with home-grown technology. It is also the country’s first mission to explore the lunar terrain with technology that has been made in India itself. On doing this successfully, India will become the fourth country to soft-land on the lunar surface.

Avani Baggahttp://www.gadgetbridge.com
Avani has an immense love for reading, travelling and food, but not necessarily in the same order. Avani almost started pursuing law, but life had other (better) plans for her and she chose to be a writer instead (luckily!) She previously covered technology at Times Internet and wrote about smartphones, mobile apps and tech startups. When she’s not writing, you’ll be able to find her in book stores or catching up on her social life.
Facebook
Twitter
WhatsApp
Linkedin
ReddIt
Email
Previous articleRedmi K20 and Redmi K20 Pro to go on sale via Flipkart today: Price, sale details and specifications
Next articleOppo will soon launch an online e-store to give a boost to its sales