The Music destination in Facebook Watch will be available on desktop as well as iOS and Android mobile devices. 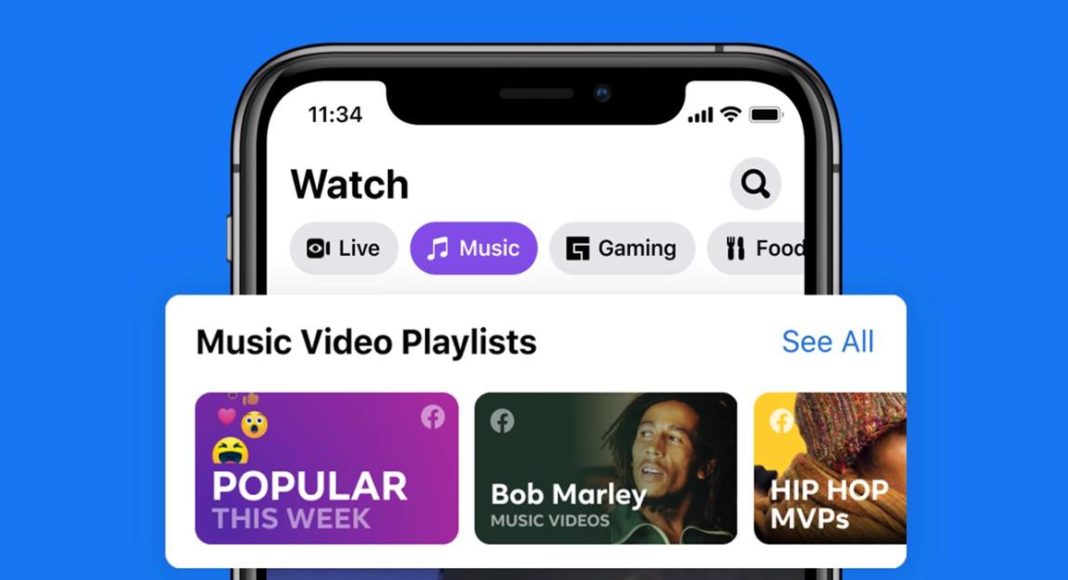 Facebook is adding a new way for people to come together around music by bringing official music videos to the social-networking platform in the US. The users of this social media giants will be able to discover, watch and share music videos from today’s top artists to up-and-coming bands and classics across various music genres on Facebook. In the coming weeks, Facebook excited for global music video premieres happening on Facebook, including exclusive music video content from J Balvin, Karol G, Sebastian Yatra, Alejandro Fernandez and Calibre 50.

“Fans can also expect the premiere of the official music video for a new track from Lele Pons on Facebook first, who will be going live in advance to connect with fans and build excitement. In addition, Panamanian R&B singer Sech will be exclusively releasing a new video on Facebook and engaging fans in the leadup through tools like Live, countdown stickers in Stories and fan Groups,” said Tamara Hrivnak, VP of Music Business Development and Partnerships and Vijaye Raji, VP of Entertainment.

With official music videos on Facebook, the Mark Zuckerberg-led company is creating new social experiences that are about more than just watching the video. Facebook has been working with partners in India and Thailand to build the foundation of a music video experience on Facebook. Now, the company is excited to launch in the US in partnership with Sony Music Group, Universal Music Group, Warner Music Group, Merlin, BMG, Kobalt and many others across the independent music community, publishers and societies.

Like any video on Facebook, the users can react to, comment on and share music videos that are important to the users or reflect their current mood across News Feed, Groups and Messenger. The users can also discover new artists from music videos shared by friends in News Feed, connect with fans who share the user’s passion in a Facebook Group dedicated to the favourite artist, and react to a video in real time as it premieres.

Facebook is also launching a new destination for Music in Facebook Watch where the can explore music videos by genre, artist or mood, as well as themed playlists like “Hip Hop MVPs,” “Trailblazers of Pop” and “Epic Dance Videos.” The users will also find timely playlists like “Popular This Week” and “New This Week.”

Over time, the experience will become more personalized to the user’s tastes based on artists that they follow and videos they engage with. The Music destination in Facebook Watch will be available on desktop and iOS and Android mobile devices.

“Artists already use our apps to get closer to fans through sharing everyday moments in Stories, promoting new releases with custom AR effects and Music Stickers, hosting Q&As on Facebook Live, and raising money for important causes through the donate button in Live and Stories. Now, artists will have the opportunity to connect with fans around their official music videos on Facebook, too,” as per a blog post.

In order to stay up to date and see their latest music videos and posts in the users’ News Feed, the users can also follow their favourite artists. The users can follow an artist directly from a music video, and click through from a video to their Page to learn more about them and find information like when they’re performing next and where to buy their music.

“We’ll continue working with our music partners to build unique social experiences and bring music into the ways people connect and share. In the coming weeks, we’ll add more of your favourite music videos to Facebook. And over time, we’ll introduce more features to help music lovers share, discover and connect around music on Facebook,” as per the social media giant.