FUJIFILM X-S10 Mirrorless Camera launched: Here’s what you must know 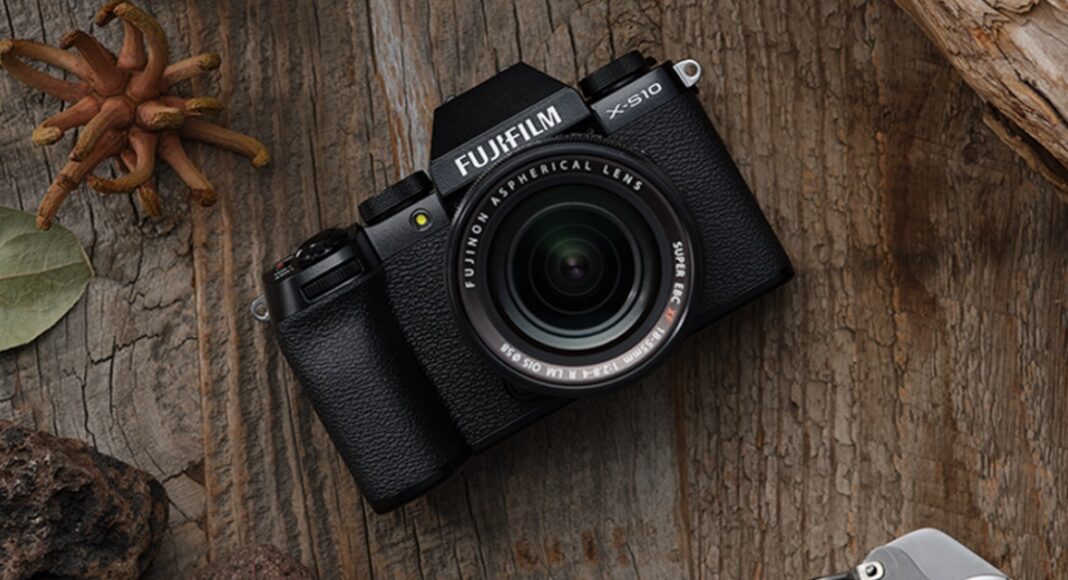 In order to offer a portable camera capable of both still and video capture, FUJIFILM has released a portable and intuitive mirrorless camera for hybrid content creators in the X-S10 as well as a dust- and weather-sealed version of the XF 10-24mm f/4 R OIS WR lens.

Fujifilm X-S10 camera features an APS-C format 26.1MP BSI sensor, 5-axis in-body image stabilization, and the ability to record 4K video all set in a body 30 percent lighter than past X-series cameras. It is also available kitted with a 16-80mm or 18-55mm lens.

In order to produce high resolution and accurately colored images, Fujifilm X-S10 employs a 26.1MP BSI X-Trans CMOS 4 sensor. Its quad-core X-Processor 4 CPU enables the X-S10 to achieve focus in less than 0.02 seconds and shoot continuously at up to 20 fps. The camera also comes with an updated Auto/Scene Positioning mode for fast and intuitive capture. Finally, a working sensitivity range of ISO 160-12800, expandable to ISO 80-51200, equips the X-S10 to tackle a variety of lighting environments.

Moreover, Fujifilm X-S10 enables the trend of hybrid mirrorless cameras designed for the still and video creators. This camera comes with a 180-degree vari-angle touchscreen LCD makes it easy to monitor capture and make adjustments from behind or in front of the camera.

The X-S10 comes with the freshly-updated XF 10-24mm f/4 R OIS WR lens that is perfect for landscape, architectural, street, and other wide-angle photography applications. “While maintaining the same optical design that made this lens popular upon its first release, the new version adds dust and weather sealing so you can use it in less-than-ideal conditions without fear. The updated version also offers improved stability in the form of an additional stop of stabilization, making it capable of 3.5 stops of vibration reduction. An aperture lock has also been added, and both the aperture and focusing rings have been reduced in size,” revealed the company.