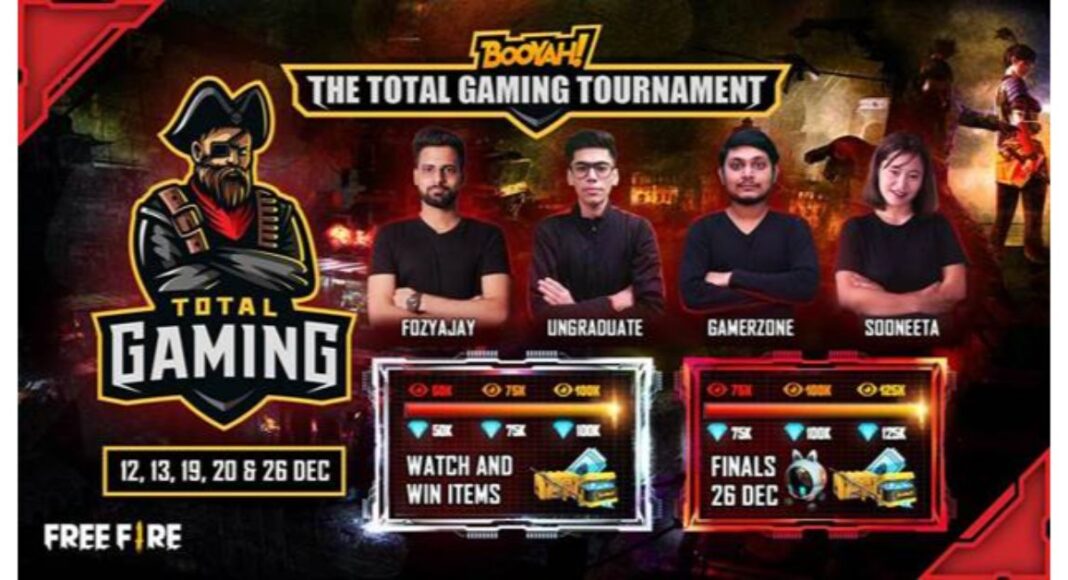 After hosting Streamer Kombat 5.0 and BOOYAH! Cup online tournaments for Free Fire in India. Garena has now announced two new tournaments, Free Fire Battle Arena and the Total Gaming Tournament. Both the Free Fire tournaments will run till the end of December 2020. The earlier one has started and in progress underways while the latter one will kick off from December 12.

Free Fire Battle Arena is an all-comers tournament that invites budding amateur talent to test their skills against their peers. The tournament has already kicked off with the Qualifiers on December 4. The next the top 18 teams are going to compete in the League Stage from December 11 to 13. While the six teams from the League Stage will advance directly to the Grand Finals that are going to be held on December 18.  While the remaining 12 teams will fight for 6 Grand Finals spots in the Play-ins. 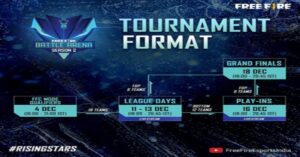 On the other hand, unlike Battle Arena, the Total Gaming Tournament is an invitation tournament that will bring together the top streamers and pro teams from Bangladesh, India, and Nepal. This tournament will allow the teams to fight for a prize pool of Rs 2,00,000 that will be hosted by Total Gaming. Whereas the viewers who tune into the BOOYAH! India Official Channel stand to win plenty of diamonds just by tuning in.

According to Garena the Free Fire Total Gaming Tournament will be featuring 36 teams that will include the biggest names in the Free Fire community such as Lokesh Gamer (2.8 million BOOYAH! followers), Sooneeta (2.8 million BOOYAH! followers), and Gaming Subrata (2.2 million BOOYAH!  followers). All these players will be joined by the pro teams that qualified as finalists in the BOOYAH! Cup Invitational held on November 23. In addition to this the top teams from the just-finished Free Fire Continental Series (FFCS), will also be participating in the gaming tournament.

The Free Fire tournaments will begin on December 12 and will for five days over each weekend, ending with the Grand Finals on December 26.

Komila Singhhttp://www.gadgetbridge.com
Komila is a one of the most spirited tech writers at Gadget Bridge. Always up for a new challenge, she is an expert at dissecting technology and getting to its core. She loves to tinker with new mobile phones, tablets and headphones.
Facebook
Twitter
WhatsApp
Linkedin
ReddIt
Email
Previous articleGoogle photos can now sync liked images with Apple Photos
Next articleDecember 10 Amazon Quiz: Participate to win Handpainted Ceramic Dinner Plates Dinnerware