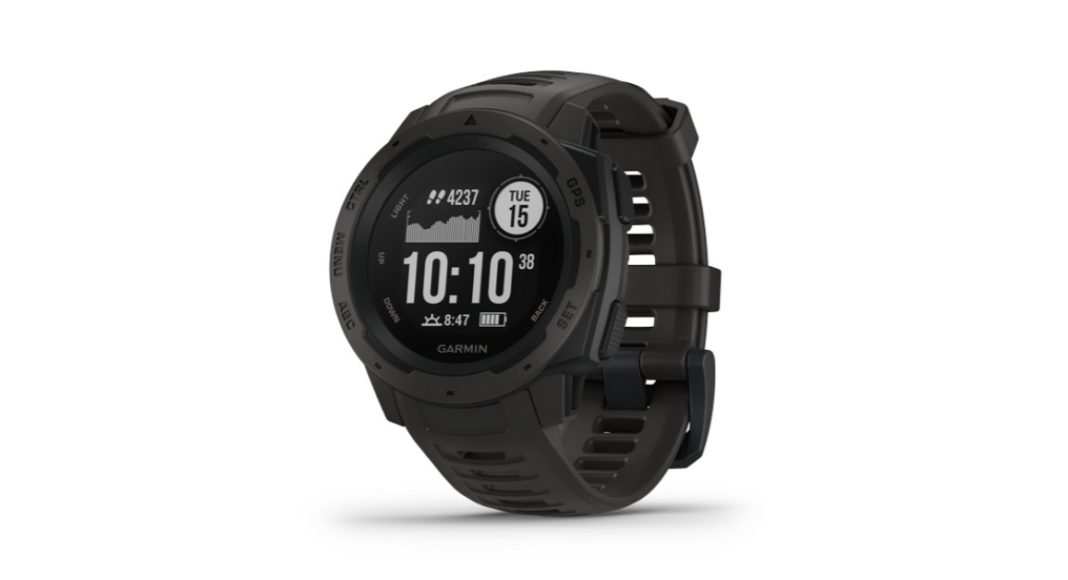 Garmin has launched its GPS-enabled smartwatch Instinct in India today. The rugged smartwatch is aimed at sports enthusiasts and those who love being a part of extreme activities, particularly outdoors.

The smartwatch has a 3x-axis compass and a barometric altimeter. Multiple navigation satellites are supported on Garmin Instinct including GPS, GLONASS, and Galileo. Additionally, the smartwatch also comes with a wrist-based heart rate monitor that not only tracks your heart rate zones when you are working out but also gives you information about your stress levels.

The Instinct smartwatch is said to last up to 14 days in a single charge, provided its done in smartwatch mode. With full GPS tracking, its battery will last for 16 hours and when the power-saving UltraTrac mode is on, it can be used for 40 hours.

Garmin Instinct is said to be compatible with other products from the company including the InReach Mini. For those unaware, InReach Mini enhances the security of users by enabling them to send and receive messages and SOS calls from the watch itself.

The smartwatch from Garmin also comes with Virb action cameras and the company’s dog-tracking collars, Astro. Besides all this, there are some other fitness features in the newly launched smartwatch including a sports app and wellness data.

The smartwatch comes with 16MB of storage and users can sync the smartwatch with their smartphones using Garmin’s Connect app. Garmin Instinct is compatible with both Android and iOS. The Garmin Explore app can be used to create and edit routes, download maps, and more.

The company has also added that their new offering, Instinct, is made up of fibre-reinforced polymer, which is said to add strength and durability to it. Besides being rugged and outdoor-centric, the GPS-enabled smartwatch is said to come with the US military standard 810G. This basically means that it is thermal, shock and water resistant.