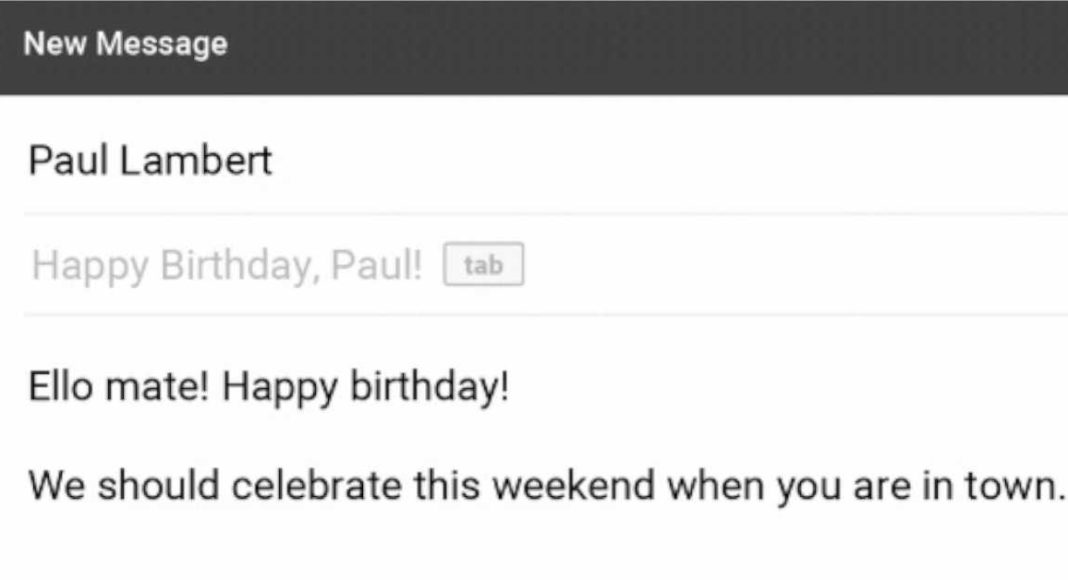 Technology giant Google is focussing a lot on making Gmail as useful as possible. And as Gmail becomes more useful by the day, the more dependent we get on it. Initially, Gmail’s Smart Compose feature helped users complete their message on the email service quickly by suggesting them pre-written responses based on the text that they were writing.

A few days back, Google announced that going forward, Smart Compose will not only suggest answers based on what the user is typing but also adapt to their writing style. This means that Smart Compose will be providing text that looks like it has been written by us. So, instead of making your email look automated, it would learn your writing style to make it look like it has been written personally when it’s not.

And now, Google is going one step ahead as it has announced that its Smart Compose feature will now also be able to suggest email subject lines. The new ability has been rolled out to Gmail today and we have to say it’s a time saver, considering sometimes it is hard to think of an appropriate subject line for an email. But since we have Google suggesting them to us, we are surely happy about the help we’ll get.

We should add here that Gmail’s Smart Compose feature uses Machine Learning to make suggestions and recommendations. According to Google, Smart Compose can “cut down on the effort it takes for you to write emails and replies.” Furthermore, the technology giant has also added that Smart Compose has saved Gmail users from typing “over 1 billion characters each week” on the desktop.

With its newest feature, Gmail’s Smart Compose will be able to suggest a subject for the email based on the content in its body. So, if you are sending some an email wishing them for their new job, Gmail could suggest ‘Congratulations!’ as the subject line of the mail.

The updated feature is rolling out to all Gmail users in a phased manner. Google has said that it will take 15 days for it to reach everyone. Smart Compose is on by default on Gmail, however, if you don’t like the extra-help that Google provides, you can always turn it off by heading to Settings of the email service.

Recently, Google also launched a feature called ‘Schedule Messages’ on Gmail. As the name suggests, it enables users to send emails at a later time. So, once a user completes typing an email, they can click the arrow next to the ‘Send’ button in the compose window to bring up the scheduler and set a particular time for the email to be sent.

Avani Baggahttp://www.gadgetbridge.com
Avani has an immense love for reading, travelling and food, but not necessarily in the same order. Avani almost started pursuing law, but life had other (better) plans for her and she chose to be a writer instead (luckily!) She previously covered technology at Times Internet and wrote about smartphones, mobile apps and tech startups. When she’s not writing, you’ll be able to find her in book stores or catching up on her social life.
Facebook
Twitter
WhatsApp
Linkedin
ReddIt
Email
Previous articleRedmi 7, Redmi 7A and Redmi Y3 to launch in India soon: Report
Next articleiPhone XR discount is now live on Apple authorised stores and Amazon India