The feature is partially being rolled out to Google Pixel 4 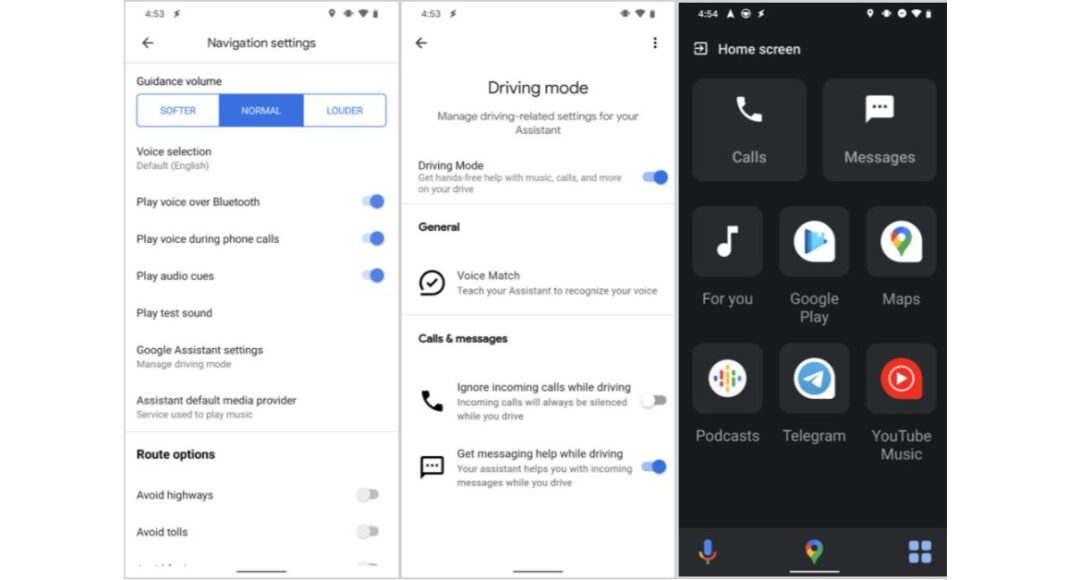 Last year at the tech giant Google made a number of announcements at its I/O 2019 developer’s conference. So, one of those important announcements also included Google Assistant Driving Mode which seems to have started rolling out and is a replacement for the Android Auto app on smartphones.

According to a report by XDA Developers, some of the users have spotted a new navigation UI in the Google Maps app last week. Apart from this the publisher also claimed that it has discovered evidence to prove the rollout of the spotted navigation UI to Google Assistant’s Driving Mode. According to the company Google has enabled this function on Pixel 4, LG Velvet as well as Asus ZenFone 7 Pro. The roll-out of the new functionality brings a fresh setting page that supports the new navigation UI.

Moreover, the partially rolled out Driving Mode feature for Google Assistant also differs from what it was announced at the Google I/O 2019. This might be because the company has changed the UI as it has been over a year since the announcement was made a year ago.

At the time of the announcement, the company explained that it wanted to make sure that the drivers are able to do everything they need with just a voice. The Assistant’s new driving mode will bring navigation, messaging, calling and media—front and centre. It includes suggestions tailored for the users. As per the company, if you have a dinner reservation on your calendar, you’ll see directions to the restaurant. Or if you started a podcast at home, you can resume right where you left off from your car. If a call comes in, the Assistant will tell you who’s calling and ask if you want to answer, so you can pick up or decline with just your voice. The Assistant’s driving mode will launch automatically when your phone is connected to your car’s Bluetooth or just say, “Hey Google, let’s drive,” to get started.

Komila Singhhttp://www.gadgetbridge.com
Komila is one of the most spirited tech writers at Gadget Bridge. Always up for a new challenge, she is an expert at dissecting technology and getting to its core. She loves to tinker with new mobile phones, tablets and headphones.
Facebook
Twitter
WhatsApp
Linkedin
ReddIt
Email
Previous articleOctober 20 Amazon Quiz: Participate to win Amazon Echo
Next articleXiaomi’s 80W fast wireless charging technology announced, is capable to charge a 4,000mAh battery in just 19 minutes