Google has also announced a host of new features for Maps. 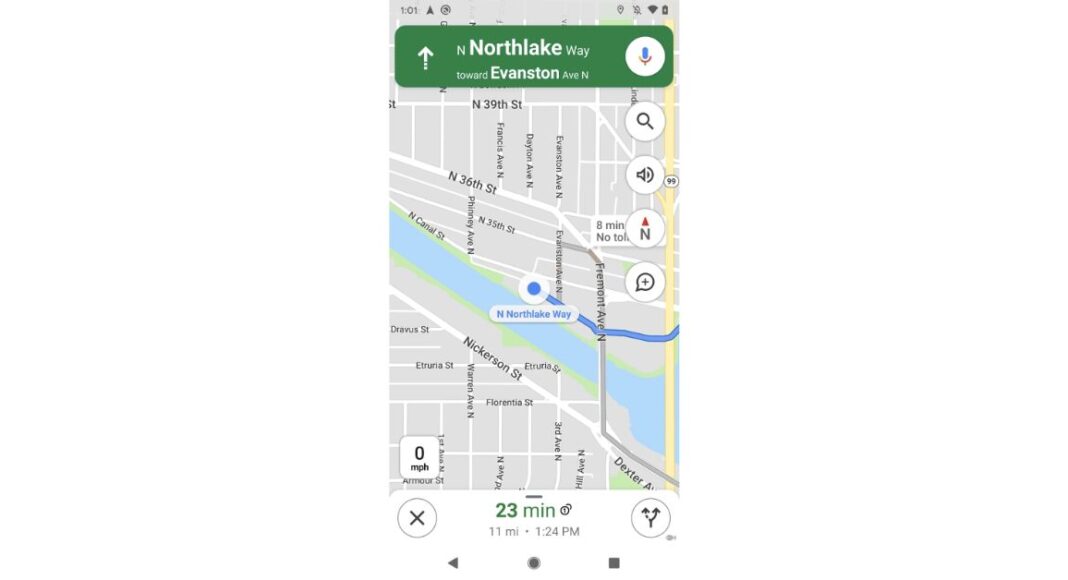 In the year 2019 Google removed the compass from Google Maps. After two years of its removal from the navigation app, the tech giant has again brought back the functionality on huge users demand and feedback. So the Android users will again see the compass widget along with some more features that will improve the navigation experience.

“We are excited to announce the return of the compass on Maps for Android. The compass was removed from Maps for Android in early 2019 in an effort to clean up the Navigation screen but due to overwhelming support, it’s back,” the search giant while announcing the comeback of the features commented.

The Compass widget on Google Maps is making a comeback after it was removed in 2019, as an effort to clean up the Navigation screen. This feature will now be available for all Android users after two years of endless user feedback. This functionality comes with the latest version 10.62 update of Maps. It should be noted that this feature was only removed for the Android users while the iOS users were still able to use it as it was not removed from the platform.

The blog post further says, when you use Maps on Android to navigate to a destination, the compass will, again, be featured as one of the widgets on the right side of the screen. As you rotate, the red arrow will indicate which direction is north.

Like we said before, the tech giant has also announced a host of new features for Maps. Last month dark mode was rolled out to Google Maps for Android now the company has introduced Indoor AR Navigation to Maps Live View. This feature will allow users to locate malls, airports and transit stations. For instance, if you’re catching a plane or train, Live View can help you find the nearest elevator and escalators, your gate, platform, baggage claim, check-in counters, ticket office, restrooms, ATMs and more. Arrows and accompanying directions will point you the right way. And if you need to pick something up from the mall, use Live View to see what floor a store is on and how to get there so you can get in and out in a snap.

Right now Indoor Live View is available for Android and iOS in a number of malls in Chicago, Long Island, Los Angeles, Newark, San Francisco, San Jose, and Seattle. Later on, it will be rolled out to select airports, malls, and transit stations in Tokyo and Zurich, with more cities on the way.

While the Weather and air quality information will let you see current and forecasted temperature and weather conditions in an area. Whereas the new air quality layer shows you how healthy (or unhealthy) the air is. This weather layer will be rolled out globally in the coming months and the air quality layer will launch in Australia, India, and the U.S.

Komila Singhhttp://www.gadgetbridge.com
Komila is one of the most spirited tech writers at Gadget Bridge. Always up for a new challenge, she is an expert at dissecting technology and getting to its core. She loves to tinker with new mobile phones, tablets and headphones.
Facebook
Twitter
WhatsApp
Linkedin
ReddIt
Email
Previous article
GMC unveiled the all-electric 2024 HUMMER EV: Performance, Launch date, and Price
Next article
Google’s upcoming Pixel will reportedly have a custom in-house GS101 SoC