Google Maps updates its Street View app on Android: Here’s what you should know

The update enables the users to bring better maps to more people around the world. 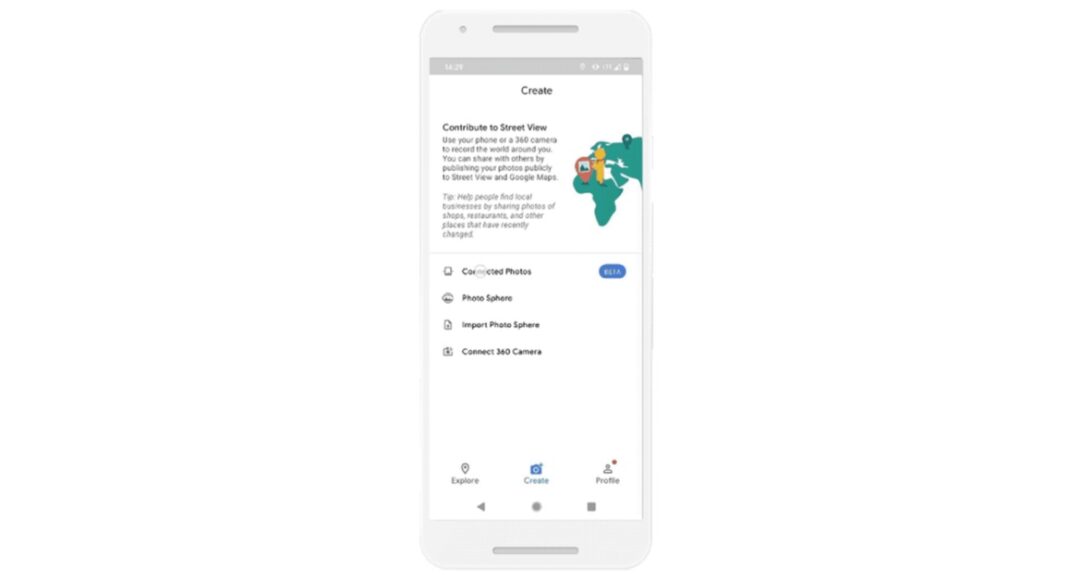 As Google Maps has now updated its Street View app on Android, it has now become much easier for a user to collect their own Street View imagery and place it correctly on Google Maps. The users can record a series of connected images as they move down a street or path using the new connected photos tool in the app.

Asserting that these images are captured using ARCore, which is the same augmented reality technology that is used to produce experiences like Live View, Stafford Marquardt, Product Manager, Google Maps Street View, said, “After you record your images and publish them via the Street View app, we automatically rotate, position and create a series of connected photos. We then place those connected images in the right place on Google Maps, so your new Street View can be found in the exact location where it was taken for others to see and explore.”

Prior to introduction this feature, a user would need special 360-degree cameras to capture and publish Street View imagery. Now that anyone can create their own connected Street View photos, the users can bring better maps to more people around the world in order to capture places that aren’t on Google Maps or that have seen rapid change. For this, all you need is a smartphone.

“While our own Street View trekkers and cars have collected more than 170 billion images from 10 million miles around the planet, there are still many unmapped parts of the world. That’s why for years we’ve been building new ways for people to contribute their own imagery to Google Maps. In fact, we’ve seen millions of Street View images contributed from people in every country on Earth, from Bermuda and Tonga to Zanzibar and Zimbabwe,” added Marquardt.

Additionally, one can use the information in Street View imagery to update Google Maps with details like the names and addresses of businesses that aren’t currently on the map and maybe even their publicly posted open hours. Besides this, Google Maps has also provided these connected photos the same privacy controls, including face and license-plate blurring treatment that a user sees in the regular Street View photos that Google captures. The tech giant also make it easy for people to report imagery and other types of contributed content for review.

The tech giant further added that the connected photos beta feature is now available for people using the Street View app with an ARCore-compatible Android device in Toronto, Canada, New York, NY and Austin, TX, along with Nigeria, Indonesia and Costa Rica—with more regions on the way soon.