Both devices are powered by Tensor G2 SoC. 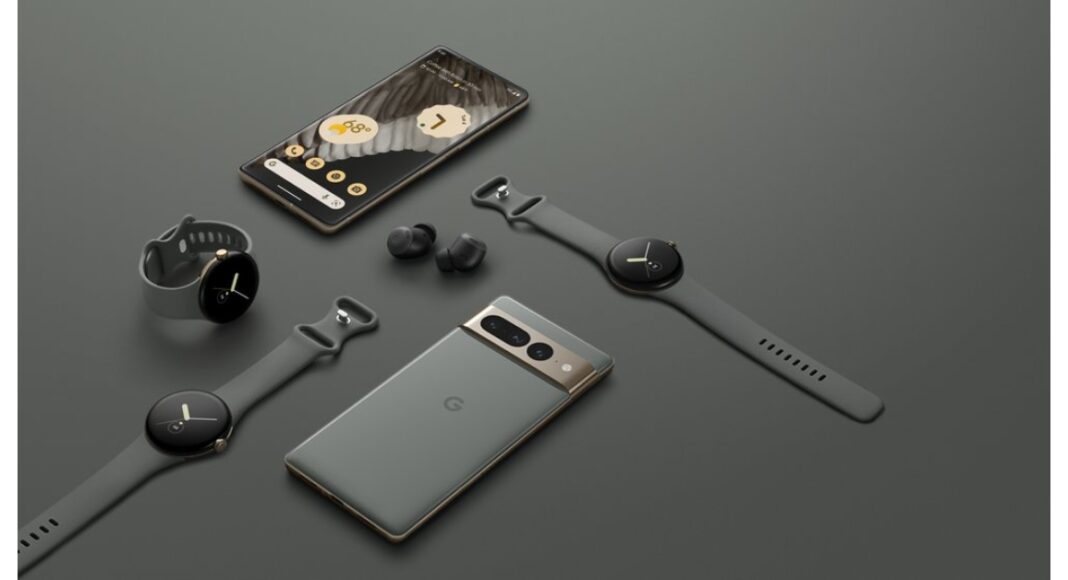 At today’s Made By Google event the California-based tech giant introduced its latest Google Pixel devices. The lineup will include the Pixel 7, Pixel 7 Pro, and the Google Pixel Watch. The firm has also announced the addition to Nest’s smart home portfolio. Additionally, the Pixel Tablet has also been introduced alongside. All of the devices will be available for preorders in India today whereas people in the US will be able to shop for the devices via the company’s official store.

The zirconia-blasted aluminium used in the Google Pixel 7 series gives the device a smoother texture.

A 4nm G2 Tensor with 2 Cortex-X1 cores, two Cortex-A76 cores, and four Cortex-A55 cores will be the processor for the Pixel 7 series. Many software-related tasks may be completed in real-time on phones thanks to the Tensor chipset, which has a lot of machine-learning capabilities. A modern TPU for machine learning is included in Tensor G2. The Titan M2 chipset is also included with the Pixel 7 series for cybersecurity. Additionally, it receives security updates for five years, which is good. 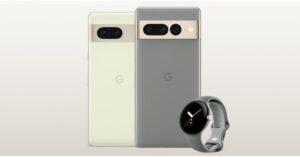 The Pixel 7 is said to anonymize data, limit data collecting, and limit access to data. Therefore, all processing for features like Live Translate and others is done locally on the device, not in the cloud. You can use the Pixel 7 to determine if you snore at night.

Later this year, Google One VPN will be available for the new Pixel series. It is unclear if users in India would also have access to these tools.

The Pixel 7’s voice assistant will now be more intelligent. When you are typing, emojis will automatically propose themselves. The Pixel 7’s most crucial feature will be its ability to instantly translate audio messages. Speaker labels will be added to the Pixel 7’s recorder app as well.

With the new Google Photos feature Photo Unblur, which is exclusively available on the Pixel 7 and Pixel 7 Pro, you can give your memories fresh life with a few simple taps. Therefore, you will be able to correct any fuzzy images that you may have taken with a different camera.

A 50-megapixel primary sensor and a 12-megapixel secondary sensor with an ultra-wide-angle lens are both featured in the Pixel 7 Pro. Additionally, Pro has a 48-megapixel telephoto lens that supports 5x optical and 30x Super Resolution Zoom. Both handsets have a selfie camera with a resolution of 10.8 megapixels. According to Google, the new “Macro Focus” function in the Pixel 7 Pro would enable users to take up-close pictures of items.

The Cinematic Blur video uses software to power this capability and will guarantee portrait-style video with a background that is blurred but a subject that is in perfect focus. Google appears to be enhancing the Zoom capabilities of the Pixel 7 series. For a 2X zoom, the Super Res Zoom delivers a 12.5-megapixel image on the 50-megapixel camera.

The Pixel 7 supports both wireless and rapid wired charging, and Google’s Extreme Battery Saver mode is said to extend battery life to up to 72 hours. The Pixel 7 Pro, on the other hand, supports both wireless charging and quick cable charging. According to the manufacturer, the smartphone can provide up to 72 hours of battery life when the Extreme Battery Saver mode is used.

The starting price for the Google Pixel 7 in India is Rs 59,999. The colours Snow, Obsidian, and Lemongrass will be available for purchase on the smartphone.

The Google Pixel 7 Pro, on either side, is available in India for Rs 84,999. According to Google, it will come in the colours Hazel, Obsidian, and Snow.

On October 13, both smartphones will be available for purchase in India on Flipkart. However, both phones are now available for pre-order starting today.

Komila Singhhttp://www.gadgetbridge.com
Komila is one of the most spirited tech writers at Gadget Bridge. Always up for a new challenge, she is an expert at dissecting technology and getting to its core. She loves to tinker with new mobile phones, tablets and headphones.
Facebook
Twitter
WhatsApp
Linkedin
ReddIt
Email
Previous article
Oppo A17 budget smartphone with MediaTek Helio G35 SoC launched in India
Next article
Amazing technology that is changing entertainment