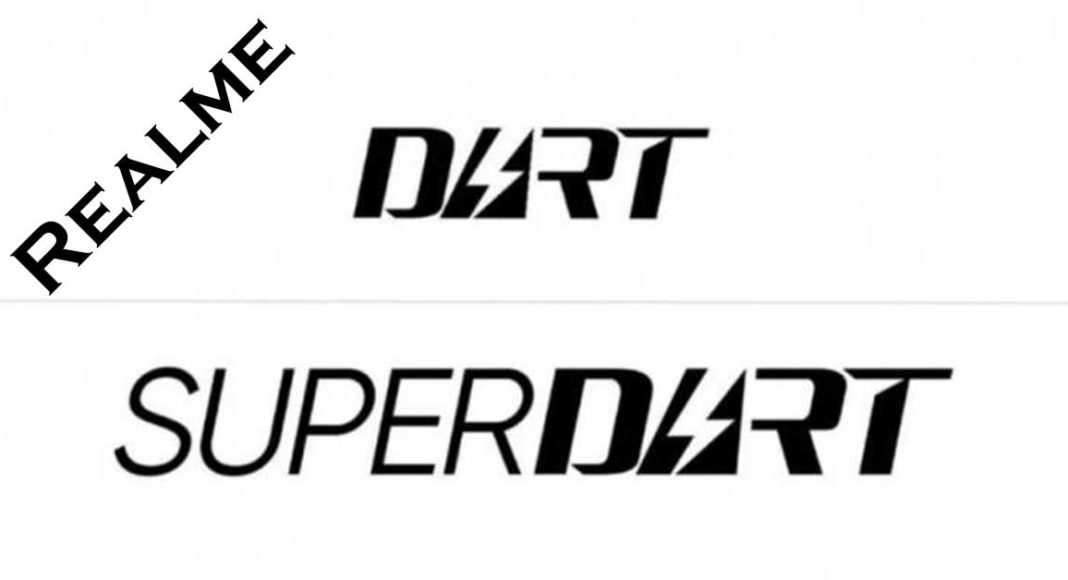 Prominent tipsters on Twitter shared screenshots of Realme’s application to trademark these names, let us believe that Dart and SuperDart will be the names of Realme’s future technology. We do not have all the details about this and are waiting for the company’s official announcement. Current Realme devices in the market like the Realme X2 Pro come with support for Oppo’s VOOC fast charging 50W technology, which enables the phone to be fully charged in less than 35 minutes.

The soon to be released Realme X50 5G is expected to support enhanced VOOC 4.0 Flash charge technology. This technology, the company claims, can charge a device to 70 percent in under 30 minutes meaning a full charge is now possible in less than an hour. It is not yet certain if Realme will license existing VOOC technology like OnePlus or if they will introduce a new charging technology in itself.

Recent leaks about the Realme X50 5G revealed that the device will sport the latest Qualcomm Snapdragon 765 processor, with an octa-core CPU. The device is likely to have 8GB RAM and 256GB storage available to users. The screen will be of 6.67-inches and the phone will have a 3D curved design. The device is said to have a quad-camera set up with the primary sensor being of 64MP, the secondary sensor as a 13MP telephoto lens, with an 8MP wide-angle lens as the third and a 2MP macro lens as its fourth camera in the setup. The front display of the phone will house two cameras with the primary one being of 32MP with the secondary camera having 8MP sensor. The Realme X50 is expected to come with a 4,500mAh battery with support for 30W fast charging.