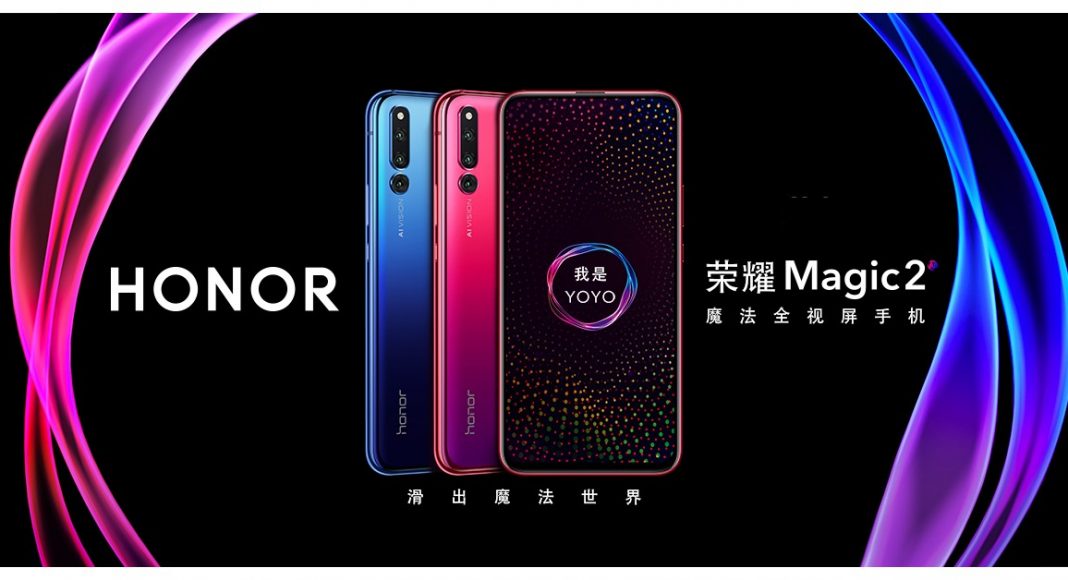 Not one, but smartphones that come with camera sliders got launched this week. One, of course, is Lenovo Z5 Pro and the other is Honor Magic 2.

Honor’s new flagship smartphone comes with six cameras. Yes, you read that correctly. It has a triple rear camera setup and also comes with three cameras on its front panel. And of course, there is no notch on the display because the triple selfie cameras are housed in the slider.

Here are the pricing details and specifications of Honor Magic 2 mobile:

The Honor Magic 2 smartphone comes in 6GB RAM and 8GB RAM variants. The base model comes with 6GB RAM and 128GB onboard storage and is priced at CNY 3,799. The other two variants come with 8GB clubbed with 128GB internal storage and 256GB inbuilt storage and cost CNY 4,299 and CNY 4,799 respectively. The pre-orders of the smartphone have begun in China and it will go on sale on November 6 via online and offline retailers.

As of now, there is no word on when the smartphone will be coming to India or how much it will cost.

Honor Magic 2 features a 6.4-inch OLED Full HD+ display that has an aspect ratio of 19:9 and comes with a curved 2.5 glass on top. The smartphone is powered by the latest chipset by HiSilicon and comes in two RAM and three storage options we mentioned earlier. However, there is no slot for microSD cards.

Now let’s talk about the cameras of Honor Magic 2 smartphone. The triple rear camera setup comes with a 16MP sensor, a 24MP Monochrome sensor, and a 16MP ultra wide-angle sensor. It is worth noticing that unlike Huawei P20 Pro and Huawei Mate 20 Pro, there is no telephoto lens in Honor Magic 2.

Coming to the selfie cameras, there is a 16MP selfie sensor coupled with two 2MP depth sensors. The Android smartphone also has an IR scanner for 3D Face Unlock through a depth-sensing bionic lens.

Following the current trend, the smartphone comes with an in-display fingerprint scanner.