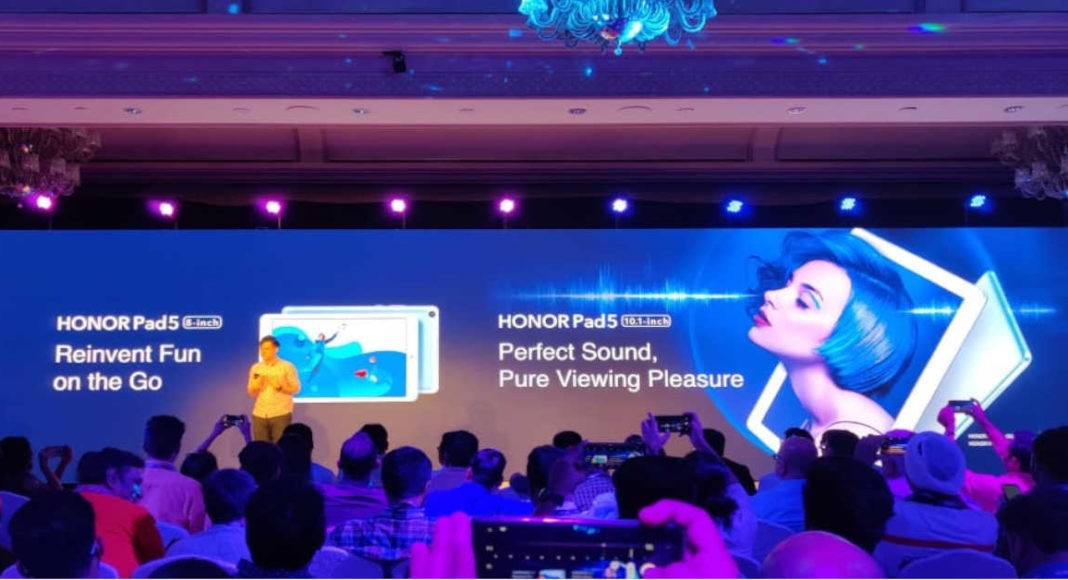 Chinese technology brand Honor has unveiled two new Android tablets in India – Honor Pad 5 (8-inch) and Honor Pad 5 (10.1-inch). The company has said that the two tablets that have been launched are meant for media consumption and will be available for purchase next month. The tablets feature a full-HD display and dual stereo speakers. The speciality of the tablets is that they come with a number of dedicated child environment features. Here’s everything that you need to know about the newly launched tablets in India:

Honor Pad 5 (8-inch) runs Android 9.0 Pie skinned with Magic UI 2.0 and features an 8-inch full-HD display. Powered by HiSilicon Kirin 710 SoC, the tablet comes with up to 4GB of RAM and has up to 64GB of internal storage. The tablet can also hold a microSD card of up to 512GB.

For imaging duties, the 8-inch variant of the tablet comes with an 8MP cameras on its front as well as the back panel. However, it is only the rear camera that supports auto-focus and only the selfie camera that has support for fixed-focus. In addition to this, you will also get support for dual stereo speakers with Dolby Atmos. Support for voice calling is present on the device too.