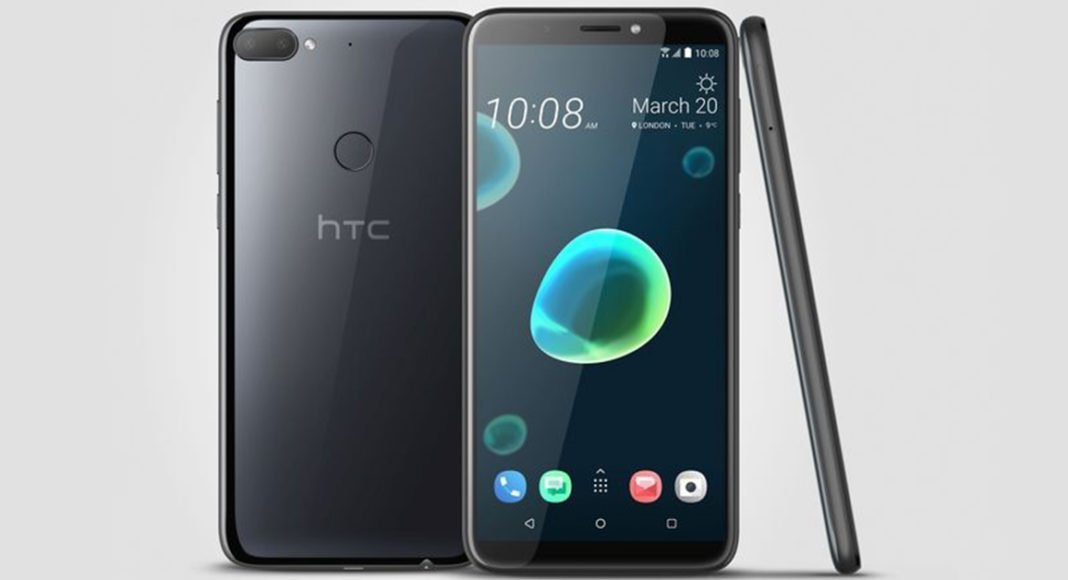 Taiwanese smartphone maker HTC has launched its Desire 12 and Desire 12 Plus smartphones in India. With the newly launched mobile phones, the company has expanded its line of budget mobiles here. Both the smartphones were unveiled globally in March this year and their highlights include displays with 18:9 aspect ratios and a back panel made of acrylic glass.

Speaking about the specifications of HTC Desire 12, the smartphone features a 5.5-inch HD+ IPS display and has an aspect ratio of 18:9. Powered by quad-core MediaTek MT6739 SoC clubbed with 3GB RAM, the smartphone comes with 32GB of internal storage and can hold microSD cards of up to 2TB. The smartphone runs Android Oreo-based HTC Sense and sports a 13MP rear camera with an LED flash along with a 5MP selfie camera. HTC Desire 12 houses a 2,730mAh battery and has 4G LTE, Wi-Fi, Bluetooth v4.2, GPS/ A-GPS, Micro-USB, and a 3.5mm headphone jack as connectivity options.

Coming to HTC Desire 12+, the smartphone has a 6-inch HD+ IPS display with an aspect ratio of 18:9. HTC Desire 12+ runs Android 8.0 Oreo based HTC Sense and is powered by an octa-core Qualcomm Snapdragon 450 processor clubbed with 3GB RAM. It has the same internal storage and microSD card capacity as HTC Desire 12 and houses a 2965mAh battery.

The smartphone has a dual rear camera setup with 13MP and 2MP sensors and a front facing camera with 8MP sensor. For connectivity, it offers 4G LTE, Wi-Fi, Bluetooth v4.2, GPS/ A-GPS, Micro-USB, and a 3.5mm headphone jack.

Avani Baggahttp://www.gadgetbridge.com
Avani has an immense love for reading, travelling and food, but not necessarily in the same order. Avani almost started pursuing law, but life had other (better) plans for her and she chose to be a writer instead (luckily!) She previously covered technology at Times Internet and wrote about smartphones, mobile apps and tech startups. When she’s not writing, you’ll be able to find her in book stores or catching up on her social life.
Facebook
Twitter
WhatsApp
Linkedin
ReddIt
Email
Previous articleQualcomm announces Snapdragon 850 for Always Connected PCs
Next articleMoto Z3 Play launched, will support old Moto Mods