HTC U12 Plus’ specifications and pictures leaked ahead of its launch 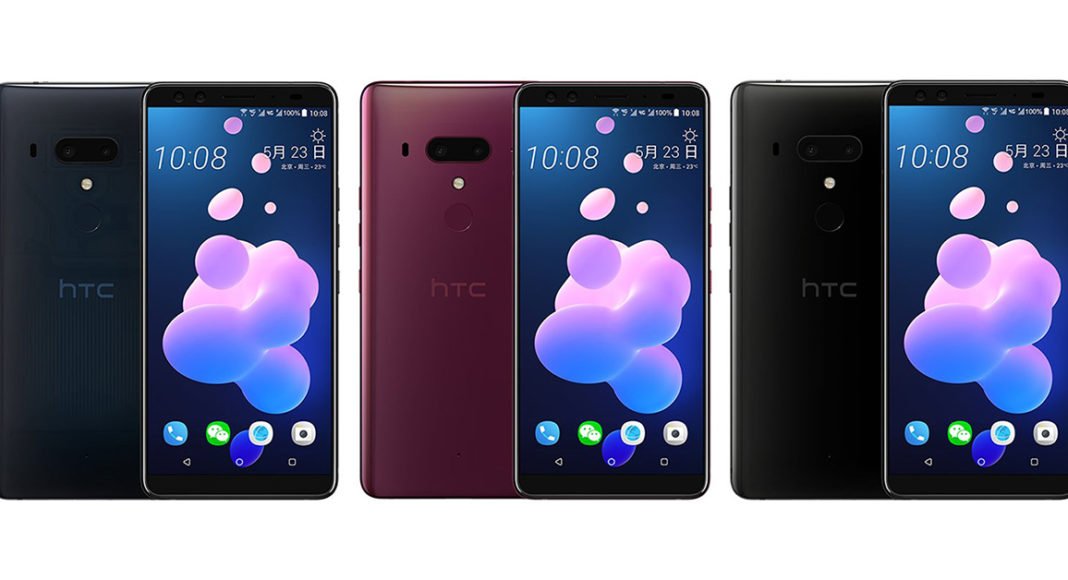 Although it has not been confirmed by the company that it is launching the HTC U12 Plus smartphone on its May 23 event, various media reports suggest so. But the timing of Evan Blass leaking HTC U12 Plus’ renders and specs could possibly mean the company is indeed taking wraps off its upcoming flagship device next week.

As suggested by the images of the smartphone, HTC U12 Plus is likely to sport the translucent colour that we earlier saw in HTC U11. It has been reported that HTC U12 Plus will come in four colour variants — Black, Red Rose, Violet, and Translucent.

Although one can’t be sure of the colours of the device on seeing these renders, what is very evident is a dual rear camera setup as well as dual cameras on the front panel.  And it’s very refreshing to see a flagship that comes without the notch on its display.

According to the leaked spec sheet, HTC U12 Plus will feature a 6-inch Quad HD+ Super LCD 6 display with an 18:9 aspect ratio and Corning Gorilla Glass protection. The device will be powered by Qualcomm Snapdragon 845 processor paired with 6GB RAM and will be available in two storage variants – 64GB and 128GB. For more storage, users would have the option of installing microSD cards of up to 2TB. The leaked spec sheet suggests that the device runs Android 8.0 Oreo with HTC Sense 2 and will get an upgrade for Android P.

For imaging duties, HTC U12 Plus will sport 12MP wide angle camera and 16MP telephoto camera at the back. For selfies and video calls, there are dual front facing cameras that support AR stickers and Face Unlock. The rear cameras of the device are said to record 4K videos at 60fps – a feature that OnePlus was touting for its OnePlus 6 smartphone.

The smartphone will also come with always-on listening support for Google Assistant and Amazon Alexa and will be backed by a 3,500mAh battery. If the HTC U12 Plus is actually being launched on May 23, there’s not much left for the company to announce apart from the pricing and availability details of the phone.

Avani Baggahttp://www.gadgetbridge.com
Avani has an immense love for reading, travelling and food, but not necessarily in the same order. Avani almost started pursuing law, but life had other (better) plans for her and she chose to be a writer instead (luckily!) She previously covered technology at Times Internet and wrote about smartphones, mobile apps and tech startups. When she’s not writing, you’ll be able to find her in book stores or catching up on her social life.
Facebook
Twitter
WhatsApp
Linkedin
ReddIt
Email
Previous article
The price of this iPhone X starts at $4,500, here’s why
Next article
Samsung’s new ad makes fun of Apple, again