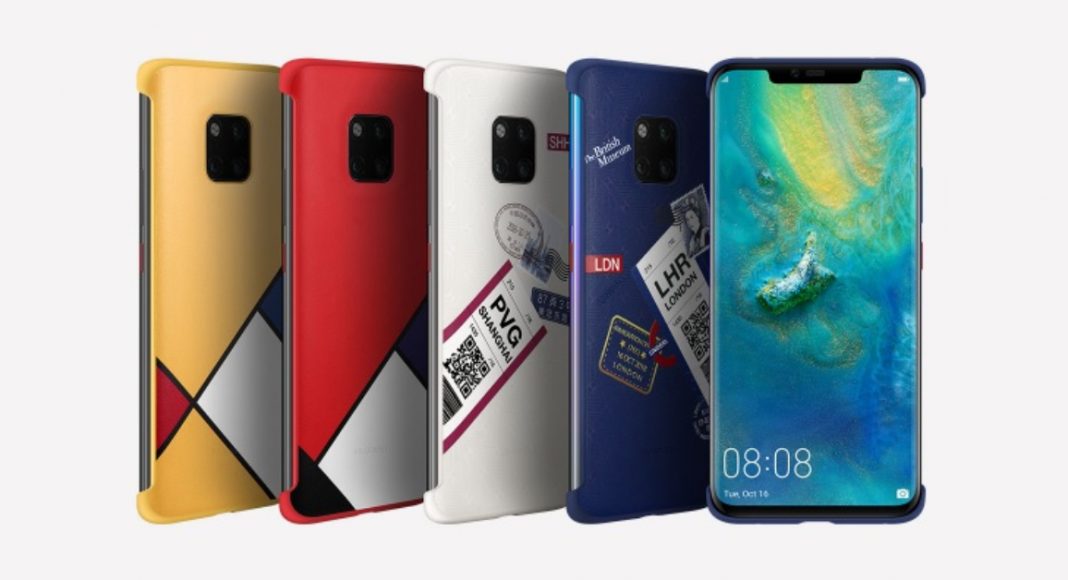 Huawei Mate 20 X, on the other hand, has a 7.2-inch display and has support for the company’s M-Pen stylus. Huawei has also launched the world’s first Nano memory card, which is said to be 45% smaller than an average microSD card.

Huawei Mate 20 comes has been launched in two variants, one with 4GB RAM and the other with 6GB RAM. Both the variants come with 128GB internal storage and are priced at EUR 799 and EUR 849 respectively. The Huawei Mate 20 Pro only comes with 6GB RAM and 128GB inbuilt storage and bears a price tag of EUR 1049. There’s plenty of choice if you are interested in buying either of the two smartphones as they are available in five colour options – Emerald Green, Twilight, Midnight Blue, Pink Gold and Black.

Huawei Mate 20 X mobile will only be available in 8GB RAM and 128GB storage variant and will cost EUR 899. It will be available in Midnight Blue and Phantom Silver colour options.

However, there is no word on the pricing or availability of the three smartphones in India.

Huawei Mate 20 features a 6.53-inch full-HD+ RGBW display that has an aspect ratio of 18.7:9 aspect ratio and comes with 88.07% screen to body ratio. Powered by HiSilicon Kirin 980 7nm SoC with dual AI processor, the smartphone is available in the RAM and storage variants we mentioned earlier. Huawei Mate 20 houses a 4,000mAh battery that supports 40W Huawei SuperCharge technology. The smartphone runs Android 9.0 Pie skinned with EMUI 9.0. For imaging duties, the Mate 20 sports a Leica triple rear camera setup that comes with a 16MP ultra wide angle primary sensor, a 12MP wide angle secondary sensor and a third 8MP telephoto sensor. The smartphone also has an LED flash and SuperHDR. On the front, there is a 24MP selfie camera. Connectivity options of the smartphone include 4G LTE, Wi-Fi, Bluetooth v5.0, GPS/ A-GPS, and a USB Type-C port.

Speaking of Huawei Mate 20 Pro, it sports a 6.39-inch QHD+ curved OLED display, and has an aspect ratio of 19.5:9, 86.9% screen-to-body ratio, and high colour saturation. The smartphone also comes with an indisplay fingerprint sensor and has IP68 rating, which means that it is water and dust resistant.

Huawei Mate 20 Pro also sports a triple rear camera setup with a 40MP primary wide angle sensor, a 20MP secondary ultra wide angle sensor, and an 8MP 3X telephoto sensor. The rear cameras of the smartphone are clubbed with LED flash and Super HDR. For selfies and video calls, there is a 24MP RGB camera on the front panel of the smartphone. The front facing camera comes with support for 3D facial unlock and 3D live emoji with GIF and MP4 files. It houses a 4,200mAH battery and has support for wireless charging.

Coming to Huawei Mate 20X, the phablet by the Chinese technology company comes with a 7.2-inch FHD+ OLED display that has an aspect ratio of 18.7:9. It has support for Huawei M-Pen. It has a massive 5,000mAh battery and the company claims that battery backup of the smartphone is up to 23 hours of video playback. Huawei Mate 20 X also sports a Leica triple rear camera setup with 40-megapixel primary sensor, a 20-megapixel telephoto sensor and an 8-megapixel ultra wide-angle sensor. The smartphone comes with IP53 water and dust resistance rating.

Avani Baggahttp://www.gadgetbridge.com
Avani has an immense love for reading, travelling and food, but not necessarily in the same order. Avani almost started pursuing law, but life had other (better) plans for her and she chose to be a writer instead (luckily!) She previously covered technology at Times Internet and wrote about smartphones, mobile apps and tech startups. When she’s not writing, you’ll be able to find her in book stores or catching up on her social life.
Facebook
Twitter
WhatsApp
Linkedin
ReddIt
Email
Previous articleLenovo A5 with 4,000mAh battery launched in India: Price, specifications and more
Next articleOnePlus 6T launch event invites to go live on October 17