Huawei Watch GT to launch in India on March 12, will be sold on Amazon 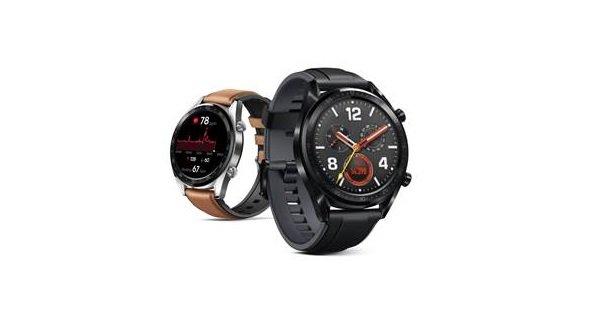 Chinese consumer electronics brand Huawei launched its flagship Mate 20 series along with the Watch GT last year. And although the Mate 20 Pro smartphone has been available in India for a few days now, there was no word about other handsets from the range or the Huawei Watch GT smartwatch. The Chinese electronics brand has been teasing the launch of the Huawei Watch GT in India for a few days and now, the company has confirmed that the device will be launched on March 12.

Huawei has sent out media invites that state that Huawei Watch GT will be unveiled at an event in New Delhi on March 12 at 11 pm IST. As you can see in the picture, the invite on shows an image of a smartwatch with the Huawei logo and says #OneChargeTwoWeeks. A dedicate page for the smartwatch has reportedly been set up on Amazon India, which basically means that Huawei Watch GT will be available exclusively on the e-commerce website. However, we should mention that we couldn’t find this page when we tried looking for it.

We should mention that among the key features of the Huawei Watch GT are its claimed 14 days of battery life, water-resistance of up to 50 metres and real-time heart rate monitoring feature. 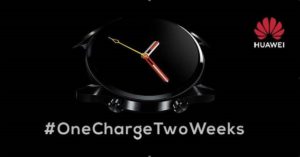 To recall the specifications of Huawei Watch GT, the smartwatch runs the company’s Light OS platform and is powered by Cortex-M4 processor. The company has claimed that Huawei Watch GT’s battery will last 30 days with heart rate tracking and GPS turned off. Otherwise, the battery of the smartwatch will last two weeks which usage that includes heart rate monitoring. And if your usage is extremely heavy and you also use GPS, heart rate sensor and always on screen, the smartwatch’s battery is claimed to last till 22 hours.

Huawei Watch GT sports a 1.39-inch AMOLED display comes with a dual crown and is made of 316L stainless steel coupled with ceramic bezels. The smartwatch was launched in two variants — Sport and Classic.

Both the variant of Huawei Watch GT come with 5ATM water resistance, which means you can easily take it with you when you go swimming.

Huawei Watch GT comes with an optical heart rate sensor that uses 6LEDs and comes with the company’s TruSeen 3.0 technology which is supposed to get better by learning over time.