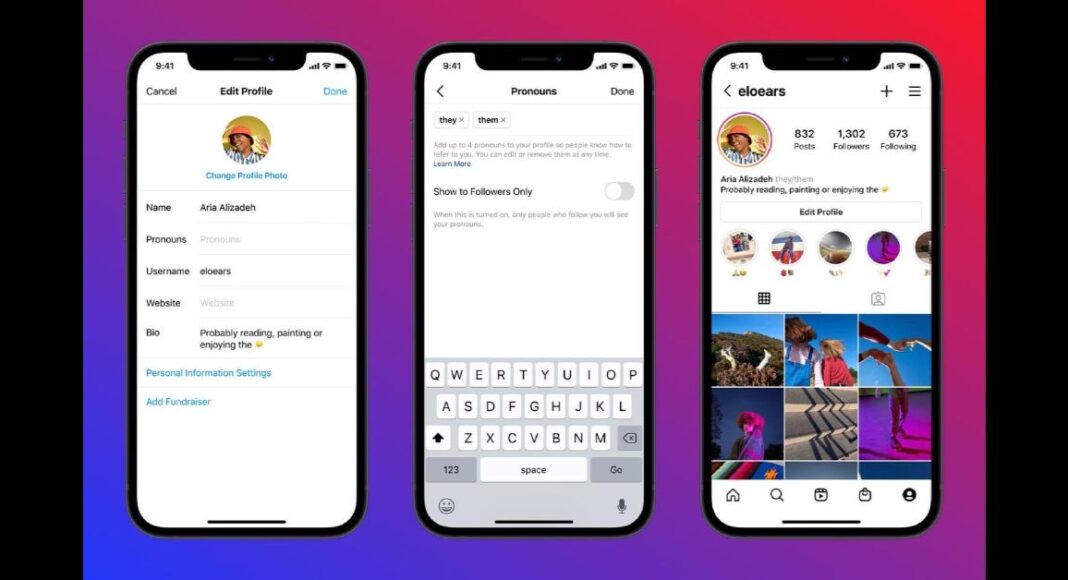 The popular photo-sharing app Instagram is rolling out a new feature of adding pronouns to your profile on its platform. Currently, this new field is available in a few countries only. According to the social media company, this is a new way to express yourself on Instagram.

Facebook-owned Instagram took to Twitter to announce the arrival of pronouns to its platform. The users will now be able to add up to four pronouns on their profile. These can either be shared publicly or the user can choose to display to tier followers only. At the moment the feature is limited to a few countries and the company did not specify the names of regions it will be accessible to but it has plans to extend it to other markets in the future.

Vishal Shah, Vice President of Product at Instagram also took to Twitter to introduce this feature to Indian users. His tweet reads, “Now you can add pronouns to your profile with a new field. It’s another way to express yourself on Instagram, and we’ve seen a lot of people adding pronouns already, so hopefully, this makes it even easier. Available in a few countries today with plans for more.”

The users will be able to use the bio space on their profile to add several pronouns such as he/him, she/her and they/them. These pronouns will be displayed on your profile in small grey characters beside your usernames.

These gender-inclusive pronouns and prefixes are currently accessible in the United States, United Kingdom, Canada and Australia.

Here is how you can add pronouns to your Instagram profile?

Firstly, go to the Edit Profile section on your Instagram profile. Then you will see an option to add pronouns right beneath the Name column. There you can add pronouns like they/them/theirs, she/her/hers, he/him/his. These pronouns can be seen publicly on your profile or you can choose to share them only with your followers. While those who are below 18 years of age the pronouns will only be allowed to be seen by your followers only and not to the public.

The users can also fill up a form at https://help.instagram.com/contact/ to have a pronoun added which is not available as options or can give suggestions. According to the social media channel, it will continue to update the list of terms over time, so that more people around the world can share their pronouns more easily.

Much before Instagram brought this feature to its platform other social media and dating apps such as OkCupid already allows its users to add pronouns to their profiles.

Komila Singhhttp://www.gadgetbridge.com
Komila is one of the most spirited tech writers at Gadget Bridge. Always up for a new challenge, she is an expert at dissecting technology and getting to its core. She loves to tinker with new mobile phones, tablets and headphones.
Facebook
Twitter
WhatsApp
Linkedin
ReddIt
Email
Previous article
Xiaomi confirmed to launch FlipBuds Pro TWS earbuds with an active noise reduction feature on May 13
Next article
Poco extended warranty across all its products by two months due to COVID-19 second wave in India