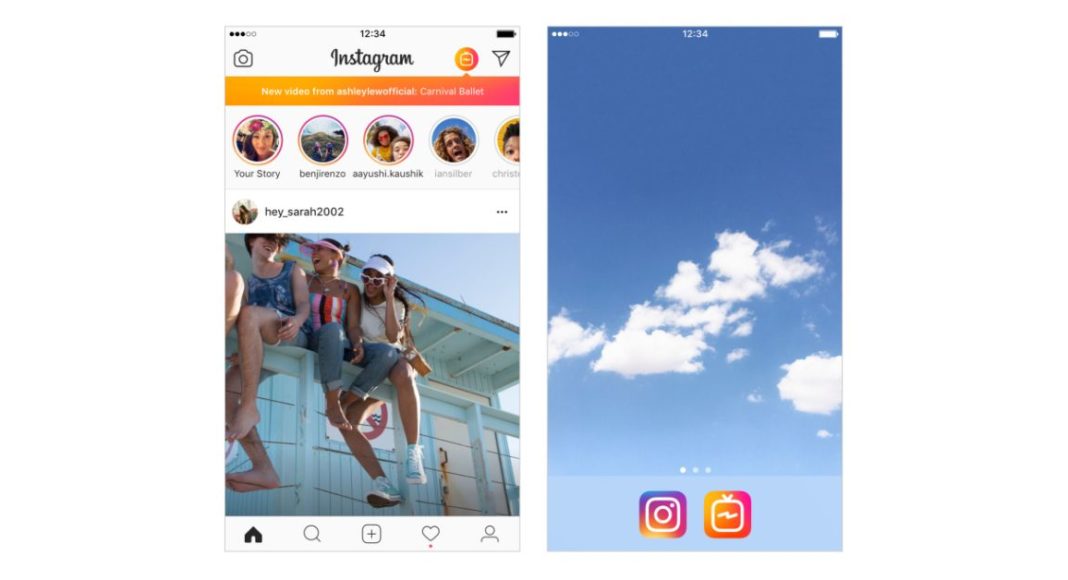 The photo-sharing app Instagram will be removing the IGTV button from the home screen. The button can be seen on the top right corner of the app’s home screen. IGTV is a standalone app for watching long-form, vertical videos from your favorite Instagram creators. The users were able to watch the videos within the Instagram app.

The Facebook-owned app Instagram has nearly 7 million users around the world and around 1 billion users have downloaded the IGTV app. AIn a statement to TechCrunch Facebook’s spokesperson opened up, “As we’ve continued to work on making it easier for people to create and discover IGTV content, we’ve learned that most people are finding IGTV content through previews in Feed, the IGTV channel in Explore, creators’ profiles and the standalone app. Very few are clicking into the IGTV icon in the top right corner of the home screen in the Instagram app. He further added, “We always aim to keep Instagram as simple as possible, so we’re removing this icon based on these learnings and feedback from our community.”

IGTV videos are not limited to one minute instead the video can be longer than one minute or can be up to an hour-long. Initially, when it was launched it only supported vertical viewing of the video but last year it started supporting landscape videos in addition to vertical.

The company will, however, be removing the IGTV button but the IGTV feature would still be accessible. Users can also watch the IGTV videos by visiting their favourite creators’s profile or by tapping the bottom left corner of a video post in their feeds. The users can also download the standalone app to watch the long term video. The reason behind the removal of the button is fewer people were using the feature.

Komila Singhhttp://www.gadgetbridge.com
Komila is one of the most spirited tech writers at Gadget Bridge. Always up for a new challenge, she is an expert at dissecting technology and getting to its core. She loves to tinker with new mobile phones, tablets and headphones.
Facebook
Twitter
WhatsApp
Linkedin
ReddIt
Email
Previous article
Adcom launches budget-friendly LED gaming headphones in India: Price and Technical specifications
Next article
Xiaomi Mi 10 smartphone may debut in early February, specifications leaked