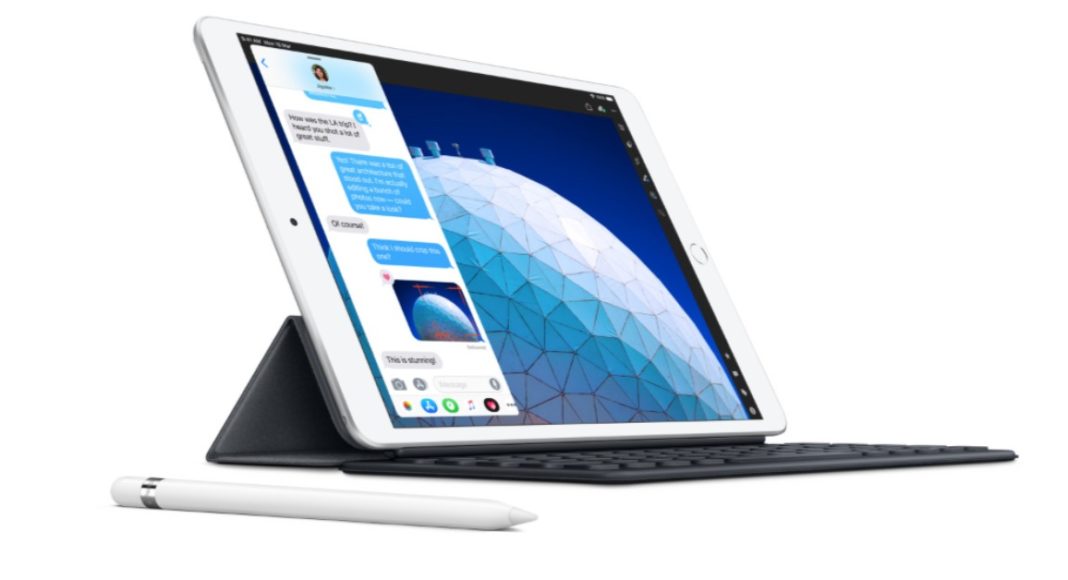 Cupertino-based technology giant Apple has today unveiled the upgraded iPad Air and iPad Mini models, just a week ahead of its March 25 event. The newly launched devices by Apple include a new 10.5-inch iPad Air and an iPad Mini 2019, which is the successor of iPad Mini 4. We should mention that Apple has not added a number to the names of its devices this time and is just calling them the new iPad Air and the new iPad Mini respectively.

Speaking of iPad Mini’s models, the Wi-Fi only variant costs Rs 34,900, while the Wi-Fi + Cellular version would be priced at Rs 45,900. Both the devices will be available in Silver, Space Grey and Gold colours and can be picked up in weather 64GB storage model and a 256GB storage variant.

Apple has said that iPad Air as well as iPad Mini are now available for purchase in 27 countries. Interested customers can buy them via Apple’s online store as well as Apple Store app. The new iPads will be available in India ‘soon’.

Coming to the specifications, iPad Air (2019) features a 10.5-inch LED-backlit Retina display that has a pixel resolution of 1668×2224. Powered by A12 Bionic chip, the device is available in 64GB and 256GB storage configurations. On the camera front, iPad Air (2019) has an 8MP rear camera with an f/2.4 aperture and five-elements lens. However, iPad Air (2019) does not come with a flash. On the front panel, there is a 7MP selfie camera on the tablet coupled with a Retina flash. For connectivity, there is support for Bluetooth v5.0, Wi-Fi 802.11ac, and optional LTE support. We should point out that the tablet does not come with Face ID, but it does have support for Touch ID.

Speaking of the new iPad Mini (2019), the tablet comes with a 7.9-inch LED-backlit Retina display with a pixel resolution of 1536×2048. The rest of the specifications of the two tablets are identical.

The devices are compatible with Apple Pencil (1st generation) that will be sold separately at $99. In addition to this, the Smart Keyboard will be sold for $159. The company will also be selling Polyurethane Smart Covers for both the tablets.

Avani Baggahttp://www.gadgetbridge.com
Avani has an immense love for reading, travelling and food, but not necessarily in the same order. Avani almost started pursuing law, but life had other (better) plans for her and she chose to be a writer instead (luckily!) She previously covered technology at Times Internet and wrote about smartphones, mobile apps and tech startups. When she’s not writing, you’ll be able to find her in book stores or catching up on her social life.
Facebook
Twitter
WhatsApp
Linkedin
ReddIt
Email
Previous article
Dell Alienware Area-51m, Alienware m15 and Dell G7 laptops launched in India: Price and specifications
Next article
Samsung Galaxy A10 with Infinity-V display, Exynos 7884 SoC goes on sale in India