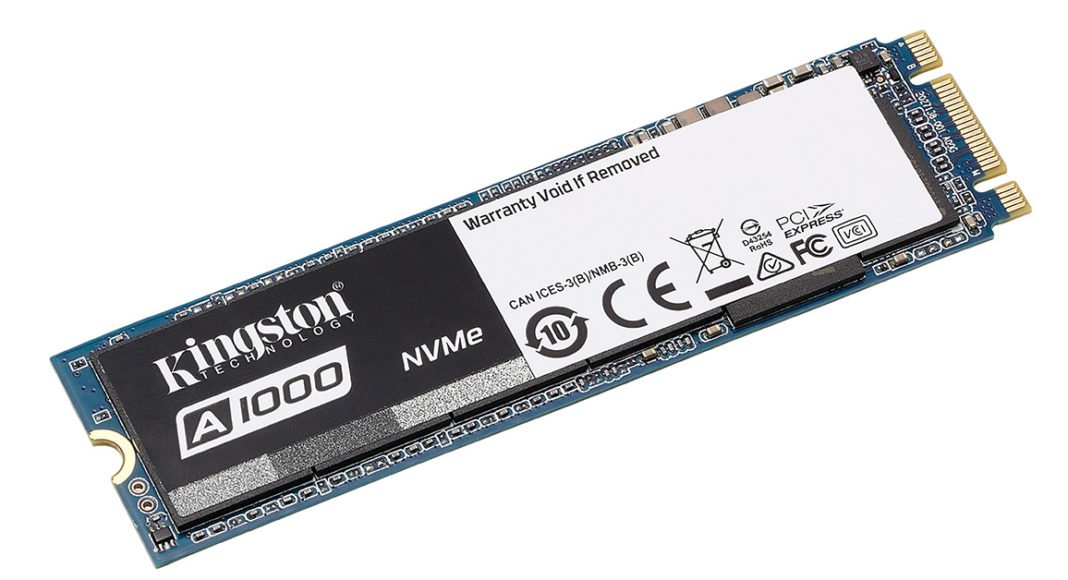 American technology company Kingston has launched its A1000 PCI NVMe SSD in India. It is touted to be the company’s first entry-level consumer-grade PCIe NVMe SSD that comes with a 3D NAND in M.2 form factor. According to Kingston, the SSD offers speed of up to 1500Mbps (R) and 1000Mbps (W) — twice as fast as a SATA-based SSD and 20 times faster than a traditional hard drive.

The newly launched SSD by Kingston is available in 240GB, 480GB and 960GB capacities and are priced at Rs 12000, Rs 21,800 and Rs 40,650 respectively. IT comes with a warranty of five years and the company is offering free technical support to buyers. Kingston’s A1000 SSD can store applications, photos, videos, etc.

Kingston A1000 SSD has a single sided M.2 228 (22mm x 80mm) form factor that makes it perfect for using with notebooks and systems with limited space. The drive comes with a Gen 3.0 x 2 interfaces and has a 4-channel Phison 5008 controller and 3D NAND Flash. It is claimed to deliver a performance that two times as that of SATA SSDs with read/write speeds up to 1500Mbps and 1000Mbps which are responsive and come with ultra-low latency.

Kingston’s A1000 SSD is meant for the entry-level PCIe NVMe market and is designed with 3D NAND Flash memory. According to Kingston, the newly launched SSD is more reliable and durable than a hard drive and like we mentioned earlier, doubles the performance of SATA SSD. It provides customers with the benefit of PCIe performance at a price that is similar to that of SATA. In a nutshell, the key features of Kingston A1000 SSD include:

Avani Baggahttp://www.gadgetbridge.com
Avani has an immense love for reading, travelling and food, but not necessarily in the same order. Avani almost started pursuing law, but life had other (better) plans for her and she chose to be a writer instead (luckily!) She previously covered technology at Times Internet and wrote about smartphones, mobile apps and tech startups. When she’s not writing, you’ll be able to find her in book stores or catching up on her social life.
Facebook
Twitter
WhatsApp
Linkedin
ReddIt
Email
Previous article5 Netflix shows you need to binge watch now (July 2018)
Next article10 dual rear camera phones under Rs 20,000