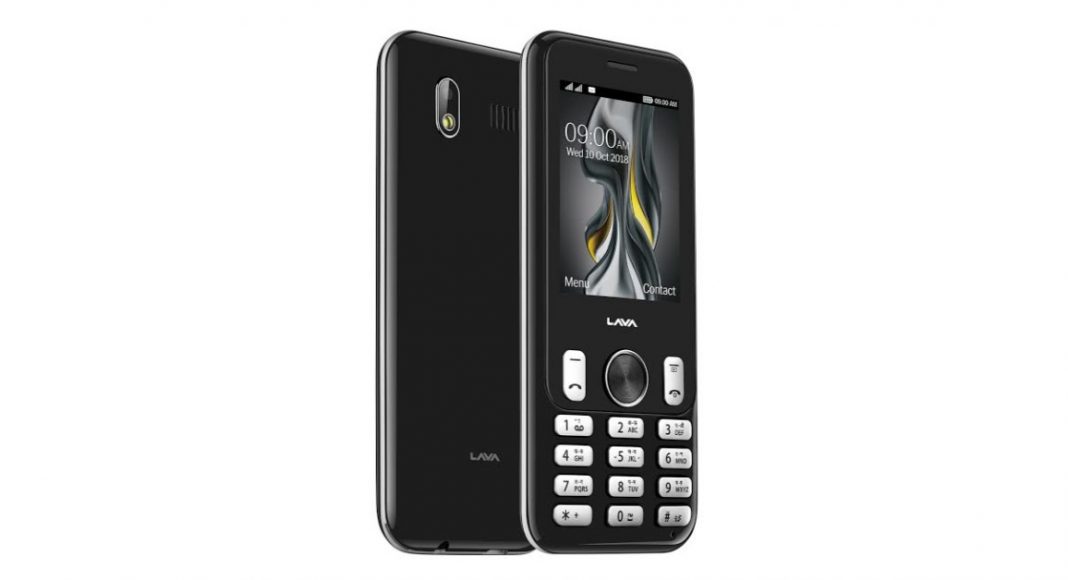 Homegrown smartphone manufacturer Lava has launched a new feature phone today. The company’s latest offering, Lava Prime Z is priced at Rs 1,900 and competes with likes of JioPhone and JioPhone 2.

Although HMD Global has also launched its feature phones under the Nokia branding, their price tags are bigger. Also, the company is only rebranding iconic Nokia phones from the past like the 3310 and 8110, so the audience they are targeting cannot be the same as the one looking for a regular feature phone.

Coming back to Lava Prime Z feature phone, the device sports a 2.4-inch QVGA display and 3D front glass. The latest feature phone by Lava houses a 1200mAh battery that is said to last for five days with its Super Battery Mode.

For imaging duties, there is a 1.3MP camera coupled with flash. The company is promising a better image and video experience and image-zoom capability.

The handset comes with 2G network compatibility and offers up to 32GB of expandable storage. The smartphone also has support for 22 official Indian languages.

Lava Prime Z has a dual SIM functionality and is available only in Black colour. The phone is only available offline in more than 72,000 retail stores.

Lava Prime Z feature phone comes with a two-year replacement warranty. The company has also rolled out a 30 days ‘Money back challenge’.

Under the scheme offered by Lava, if a user is not satisfied with the performance of the phone, he has the option of returning the handset within 30 days of purchase at any Lava service centre and get his money back.

However, there are other terms and conditions to this offer that can be known in detail about at retail outlets selling Lava mobiles.

Speaking on the launch of Lava Prime Z feature phone, Tejinder Singh, Head, Product-Feature Phone, Lava International said, “Our new offering ‘Prime Z’ is the most beautiful looking phone you will find in this segment. It has a sleek design and offers a five-day battery back-up too.”

He further added, “This can be the perfect phone for smartphone users who look for a secondary phone as well as for feature phone users.”

Aadvikahttp://www.gadgetbridge.com
Facebook
Twitter
WhatsApp
Linkedin
ReddIt
Email
Previous article
Asus Zenfone Max M1 review: Buy it for the battery
Next article
Why Xiaomi had to apologize because of its flash sale