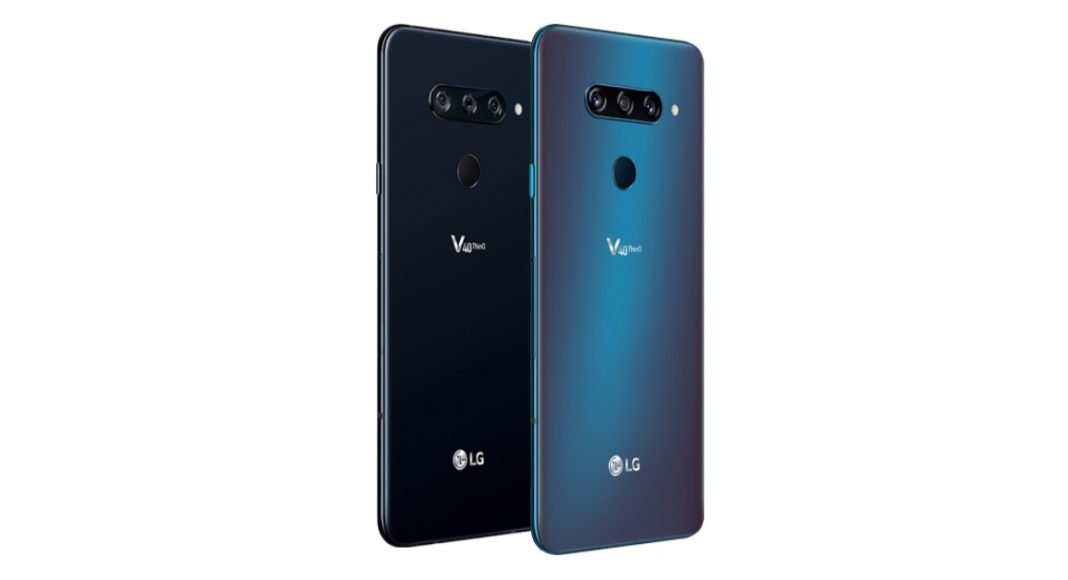 After being silently unveiled by LG last week, the V40 ThinQ has gone official with a launch event in New York. The successor to the V30 smartphone that we saw last year, LG V40 ThinQ comes with five cameras. It has a triple rear camera setup and dual front facing snappers. The newly launched smartphone from LG has high end specifications including Snapdragon 845 processor and IP68 water and dust resistance. Here’s a look at the price and specifications of the device.

LG V40 ThinQ is priced at $899.99 and will be available in Aurora Black, Moroccan Blue, Platinum Gray and Carmine Red colour variants. The price of the smartphone may vary with the mobile carrier. It will be going on sale in the US starting October 18.

The LG V40 ThinQ features a 6.4-inch QHD+ OLED FullVision display that has an aspect ratio of 19.5:9 and is protected by Corning Gorilla Glass 5. Powered by Qualcomm Snapdragon 845 processor paired with 6GB RAM, the smartphone runs Android 8.1 Oreo. On the storage front, it has 128GB of internal storage and can hold a microSD card of up to 2TB.

The LG V40 ThinQ smartphone comes with a Triple Preview feature that enables users to take three simultaneous shots from the three rear cameras. Users can then select the best shot from the three shots taken.

Prior to LG V40 ThinQ, we saw a triple rear camera setup in Huawei’s flagship of the year – P20 Pro smartphone. While LG has used three different lenses in its smartphone, the Huawei P20 Pro sports a 40 MP RGB 1/1.7-inch sensor, clubbed with a 20 MP monochrome sensor and an 8MP telephoto lens.

Avani Baggahttp://www.gadgetbridge.com
Avani has an immense love for reading, travelling and food, but not necessarily in the same order. Avani almost started pursuing law, but life had other (better) plans for her and she chose to be a writer instead (luckily!) She previously covered technology at Times Internet and wrote about smartphones, mobile apps and tech startups. When she’s not writing, you’ll be able to find her in book stores or catching up on her social life.
Facebook
Twitter
WhatsApp
Linkedin
ReddIt
Email
Previous articleMicrosoft Surface Event: 5 announcements you should know about
Next articleDeal: OnePlus 6 to be available at Rs 29,999 for five days