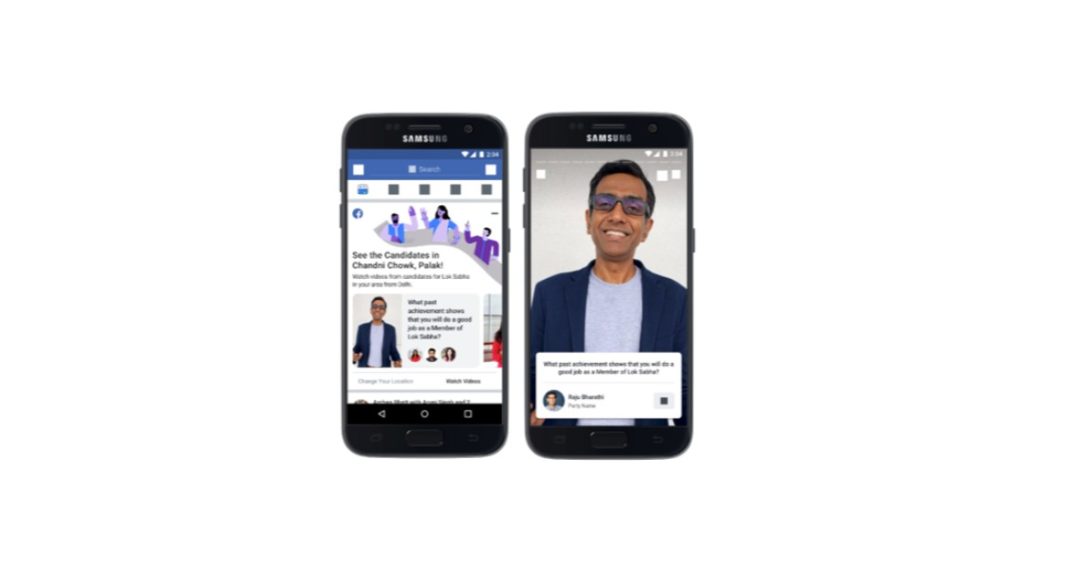 Social media platform Facebook is used by millions to stay connected to each other on a regular basis. And more importantly, it helps us engage with our elected officials and reach out to them about several issues that matter. Keeping in mind how its platform connects people to their leaders, Facebook India has announced two new features before the Lok Sabha elections of 2019 – Candidate Connect and Share You Voted.

With Candidate Connect, Facebook will help its users learn more about the candidates who are contesting the Lok Sabha elections from their respective constituencies. On the other hand, ‘Share you Voted’ will give users polling information and let them announce and celebrate the fact that they have voted.

Starting next week, voters in India will be able to watch 20-second videos of candidates contesting from their respective constituencies. They will be able to do this either via a message in their News Feed or through a bookmark in the Settings section of their profile. These videos will be presented to users under the ‘Candidate Connect’ tool and will let them engage with the electorate.

Speaking from the candidate’s point of view, they would be able to introduce themselves and talk about how they will address the challenges in their constituencies if they get elected. We should also mention that the questions included as part of Facebook’s ‘Candidate Connect’ tool and the name itself are an outcome of a locally conducted consumer research.

Coming to the other feature that has been launched by the social media platform – Share you Voted – will let people share the fact that they have voted. Furthermore, it will also collect posts and photos from people who have voted to put it together in a collage at the top of peoples’ Facebook Friend’s News Feeds. This will serve two purposes. One, people will be able to celebrate the fact that they voted. And secondly, it will encourage others on the social networking website to participate in the voting process.

We should add here that the two new tools will be available in twelve local languages in India.

Speaking about the new features, Samidh Chakrabarti, Director, Product Management for Civic Integrity, Facebook said, “We believe encouraging civic participation is an important contribution Facebook can make to the community. With the introduction of tools like ‘Candidate Connect’ and ‘Share You Voted’, we aim to better equip our users as they look forward to participating in the political process of the country.”

He further added, “Our elections work is not just limited to increasing users’ involvement in the democratic process, but also to protect its integrity on Facebook. We are working hard to prevent bad actors from interfering with elections on Facebook. We have more than tripled the team working on safety and security to 30,000 people, introduced unprecedented transparency requirements for political advertising, greatly improved our ability to detect and quickly remove fake accounts, and stepped up our efforts to fight false news and misinformation.”