Microsoft is inviting fans to help us create an arcade-style Xbox video game. 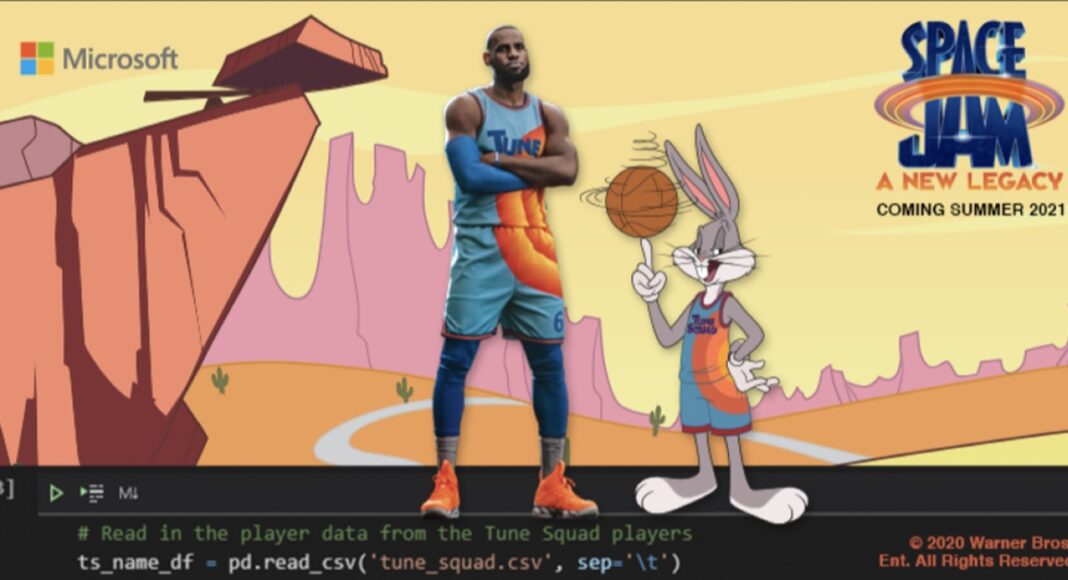 In order to help bridge the digital skills gap and inspire the next generation of developers, Microsoft and Warner Bros. are partnering together to create new education opportunities themed around the upcoming animated/live-action movie, “Space Jam: A New Legacy.”

Ahead of the film’s release in 2021, Microsoft is inviting fans to help us create an arcade-style Xbox video game inspired by the movie. It is also launching two new learning paths and hosting themed virtual workshops to help learners of all ages explore science, technology, engineering, art and math (STEAM) careers and discover the wonders of computer science.

“On our quest for a truly fan-inspired gaming experience, we’ll bring two lucky winners’ ideas into reality as the official “Space Jam: A New Legacy” arcade-style video game, available as the newest Perk for Xbox Game Pass Ultimate members in 2021. Since Xbox Game Pass was built on fan feedback, it’s only fitting that fan-inspired ideas will create this once-in-a-generation experience,” a Microsoft blog post.

Now through December 30, fans aged 14 and older can submit game ideas at the official contest website. Winners will also receive a virtual Microsoft coding workshop for their local community; their names featured in the game credits, an exclusive winner’s bundle with signed and authenticated LeBron James memorabilia; “Space Jam: A New Legacy” merchandise and Nike VIP packs; a personalized Xbox Series S console; and a private friends and family screening of the film.

Additionally, Microsoft Stores are hosting free “Space Jam: A New Legacy”-themed virtual workshops on video game creation to help coders of all ages jump-start their creativity. Sign-up is available now. The Stores’ online workshops are aimed at children as young as 8. Via a 90-minute Microsoft Teams Live lesson, students will make a playable prototype of a video game using our simple-to-navigate experience on our MakeCode Arcade platform, while learning about the professional skills and STEAM careers that are involved in game design including coding concepts, programming tools and the importance of building skills around problem solving, creativity and perseverance.

Furthermore, Microsoft has revealed that the cast of “Space Jam: A New Legacy” realizes how critical it is for aspiring coders and technologists to be inspired by the promise of technology. That’s why LeBron James created short video to help us introduce the power of data science and coding.