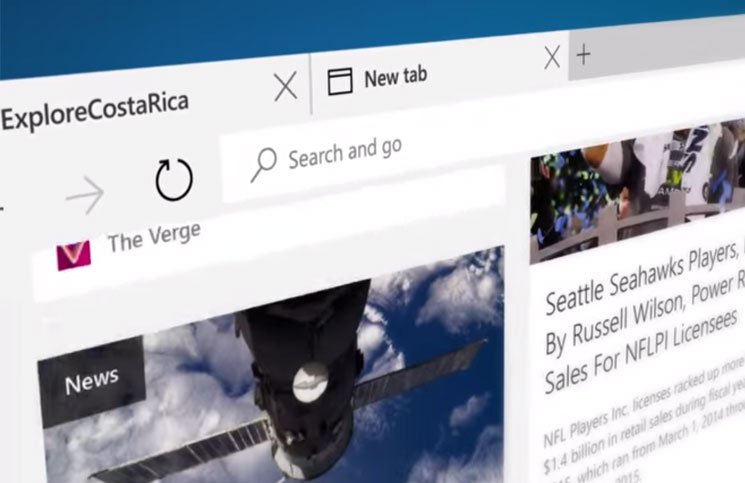 Look who showed up for the big Microsoft Build developers conference. Microsoft has announced at Build 2015 that a new browser will replace Internet explorer from all Windows 10 devices. This new gen browser (originally called Spartan) is called Microsoft Edge.

Microsoft Edge is built using a new rendering engine called EdgeHTML. This browser is made for both, consuming content as well as building it. Microsoft has approached this browser in a new manner and much neater look has been given to it. Cortana support will come with the browser as well as distraction free reading.

Microsoft on its blog said, “With the new browser you can write directly on Web pages (and share them), read online articles free from distraction or use the offline reading feature for greater convenience,”

It is still unclear that will it come to older operating systems or not, but we do have a hunch it might show up on Windows 8 (at least) after a few months of Windows 10 launch.

Here take a look at the video of the new Microsoft Edge:

Sulabh Purihttp://www.gadgetbridge.com
Sulabh Puri is the Editor In Chief of GadgetBridge.com. A content specialist, he started his career young and it has been a rewarding 15 years for him. Before heading Gadget Bridge, he was the Editor of Times of India (TOI) Technology and GadgetsNow.com. He has also led TOI’s international edit arm as the Editorial Head of Business Insider India and Tech Radar India. He has also worked with various media houses such as the India Today Group and Cybermedia. He loves everything ‘gadgety’ and enjoys tinkering with new tech toys and automobiles. A graduate in commerce from Delhi University, he is also an adept graphic designer. When he is not working, he can be found in the kitchen, cooking mouth-watering chocolate cakes and croissants.
Facebook
Twitter
WhatsApp
Linkedin
ReddIt
Email
Previous articleLapcare brings new Bluetooth headphones to India
Next articleMicrosoft launches Lumia 430 in India for Rs 5,299