Software giant Microsoft is moving towards passwordless future. The company just released a new build for Fast Ring insiders that will add the option of passwordless sign-ins for Microsoft Accounts in Windows 10 PCs. The upcoming feature is likely to make passwords useless on Windows 10 PCs as users will have the option of going for a PIN, facial unlock or a fingerprint recognition.

The company published a blog post this week in which it said that it is rolling out the Windows 10 Insider Preview Build 18936 that beings support for Phone Screen feature to more Surface devices.  It also adds the option of creating events quickly to the taskbar. However, the key highlight of the build is that it gets passwordless sign-ins. The Phone Screen feature will enable users to mirror the screen of their Android handset on their Windows 10 PC.

To enable passwordless sign-ins, go to Settings > Accounts > Sign-in options. The company has said, “Enabling passwordless sign in will switch all Microsoft accounts on your Windows 10 device to modern authentication with Windows Hello Face, Fingerprint, or PIN.”

This will be a big step for Microsoft. While facial unlocks and fingerprint scanners have become fairly common in smartphones, they are yet to gain the same kind of popularity when it comes to laptops and PCs.

The software giant has also said that users who don’t have Windows Hello, will be guided by the operating system to set it up at the time of their next sign-in. Besides this, the new build also comes with a number of fixes and improvements. 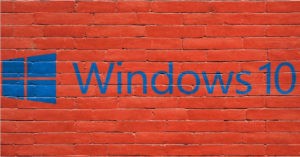 In an unrelated piece of news, a security update that was released by Microsoft for its Windows 7 is in news for the wrong reasons. Reports suggest that it pushes a compatibility appraiser with telemetry files. As of now, there is no word from Microsoft about this problem.

According to ZDNet’s report, “The concern is that these components are being used to prepare for another round of forced updates or to spy on individual PCs. The word telemetry appears in at least one file, and for some observers it’s a short step from seemingly innocuous data collection to outright spyware.”