HomeMobilesMotorola Edge+ with 90Hz display and a 108-megapixel camera sensor launched in...

The smartphone is now up for pre-bookings 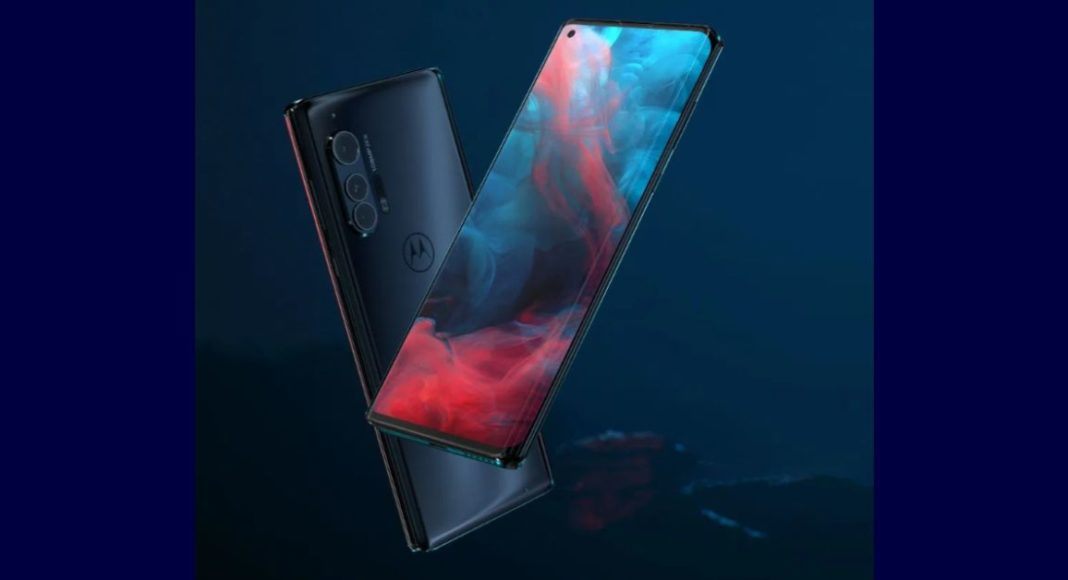 Motorola Edge+ is now official in India. The Lenovo owned company has finally launched its latest flagship device in the country which is now available for pre-bookings. The Edge+ comes with the latest top of the line Snapdragon 865 processor along with a 90Hz waterfall curved hole-punch display. There is a 108-megapixel camera sensor and it runs on Android 10 out of the box.

Motorola Edge+ runs on Android 10 out of the box. It features a curved display with a punch-hole cutout for a selfie camera. It comes with a 6.7-inch full-HD+ OLED display with  90Hz refresh rate and HDR10+ support as well as an in-display fingerprint sensor. It derives its power from Qualcomm’s flagship Snapdragon 865 processor paired with 12GB of RAM and 256GB of non-expandable UFS 3.0 storage.

In terms of camera capability, Motorola Edge+ features a triple rear camera set up with a high-resolution 108-megapixel primary camera sensor with /1.8 aperture and 0.8-micron pixel size. The other two camera sensors are a 16-megapixel ultra-wide-angle camera with 117-degree field of view with  f/2.2 aperture along with an  8-megapixel telephoto lens with 3X optical zoom and  OIS support. The camera set also supports a ToF sensor. For taking selfies it comes with a  25-megapixel selfie camera with f/2.0 aperture.

Motorola Edge+ has been launched in India with a price tag of  Rs 74,999. It will be available in lone 12GB of RAM and 256GB of non-expandable storage. The company will be offering the device in two colour options Smoky Sangria and Thunder Grey. The smartphone is scheduled to go on sale in the country on May 26th via its official online partner Flipkart as well as offline retail outlets. The pre-booking for the smartphone has now opened.

For launch offers there will be an instant discount of Rs 7,500 on the purchase of the Edge+ if a transaction is made via ICICI bank credit cards. The similar offer is available on the offline retail stores also. Apart from that, the company will also be offering no-cost EMI offers and the instant discount is applicable on the EMI transactions also.

Komila Singhhttp://www.gadgetbridge.com
Komila is one of the most spirited tech writers at Gadget Bridge. Always up for a new challenge, she is an expert at dissecting technology and getting to its core. She loves to tinker with new mobile phones, tablets and headphones.
Facebook
Twitter
WhatsApp
Linkedin
ReddIt
Email
Previous articleHuami Amazfit Ares smartwatch with square-shaped coloured display and 70 sports modes launched: Pricing and specification details
Next articleSoon, a reusable sensor could detect COVID-19 in just 60 seconds