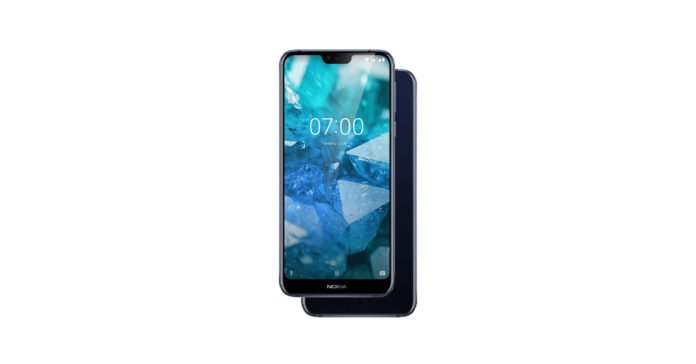 HMD Global has today launched its Nokia 7.1 smartphone in India. The newly launched smartphone comes with PureDisplay panel that supports HDR 10. Other key features of the smartphone include its dual rear cameras which come with Zeiss optics and 3,060mAh battery. The smartphone was launched in London last month and at that time, the company had said that it would later announce Nokia 7.1’s India pricing and availability details. Here’s a look at the specifications and pricing details of Nokia 7.1 smartphone:

In India, Nokia 7.1 is available only with 4GB of RAM and 64GB of internal storage and is priced at Rs 19,999. The smartphone is set to go on sale in India starting December 7. If you are an interested buyer, you can head to either Nokia India’s online store or top mobile retailers to get the device. It is worth noticing that the smartphone has not been launched in the 3GB RAM/32GB storage variant in the country. HMD Global has partnered with Airtel to offer prepaid subscribers 1TB of 4G on plans that cost Rs 199. On the other hand, postpaid Airtel subscribers get an additional 120GB of data, a three-month Netflix subscription and a 1-year long subscription of Amazon Prime on buying plans that are worth Rs 499 and higher. If you buy the Nokia 7.1 using an HDFC credit or debit card, you will get a 10% cashback on eligible office stores.

To recall, Nokia 7.1 mobile has dual SIM functionality and runs Android Oreo. Since the smartphone is a part of Google’s Android One programme, it will get timely Android updates for two years and security patches for three years. An update for Android 9.0 Pie is also expected to be rolled out for users in India. Nokia 7.1 features a 5.84-inch full-HD+ PureDisplay panel that has an aspect ratio of 19:9. The screen of the smartphone also comes with support for HDR10 and is protected by Corning Gorilla Glass 3. Nokia 7.1 is powered by Qualcomm Snapdragon 636 SoC coupled with 4GB RAM and 64GB of onboard storage. For more storage, users can install a microSD card of up to 400GB.

For imaging duties, Nokia 7.1 sports a dual rear camera setup with 12MP and 5MP sensors. While the primary rear camera comes with autofocus and an f/1.8 aperture, the secondary rear camera has fixed focus and f/2.4 aperture. HMD Global has touted the presence of Zeiss optics, EIS and two-phase detection in the dual rear cameras of the device.

The smartphone features an 8MP fixed focus sensor that has an f/2.0 aperture and a 84-degree field-of-view. Nokia 7.1 houses a 3,060mAh non-removable battery that has support of 18W fast charging.

Avani Baggahttp://www.gadgetbridge.com
Avani has an immense love for reading, travelling and food, but not necessarily in the same order. Avani almost started pursuing law, but life had other (better) plans for her and she chose to be a writer instead (luckily!) She previously covered technology at Times Internet and wrote about smartphones, mobile apps and tech startups. When she’s not writing, you’ll be able to find her in book stores or catching up on her social life.
Facebook
Twitter
WhatsApp
Linkedin
ReddIt
Email
Previous article
This smartphone company is reportedly on the verge of bankruptcy after its chairman lost $144 million at a casino
Next article
Top 9 smartphones that were launched in India this month