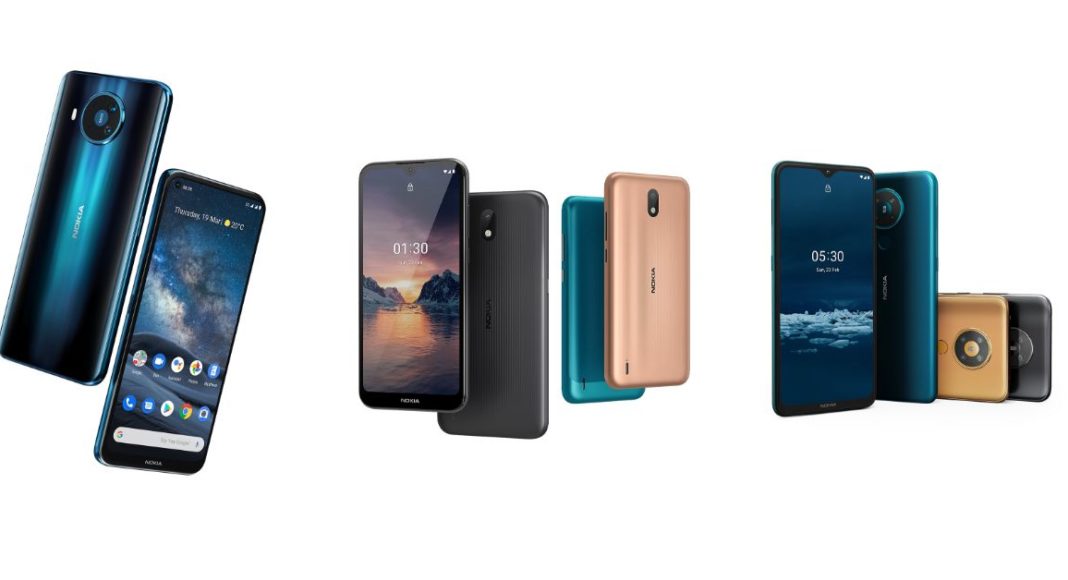 HMD Global on Thursday launched its first 5G phone Nokia 8.3 5G along with other two devices along with Nokia 5.3, and Nokia 1.3. According to the company its 5G phone includes Qualcomm 5G RF Front end module solution, that condenses more than 40 different RF components into a single module. The device features a PureView quad camera with ZEISS optics. To recall, the company had planned to introduce these smartphones last month during Mobile World Congress (MWC)which got cancelled due to health concerns amid the coronavirus outbreak. Then the company decided to launch the smartphone through an online event.

The Nokia 5.3 comes in a single 3G/4Gb/6GB RAM with 64GB/128 storage and the price starts at 189 Euros ( around Rs 15,200) and the Nokia 1.3 will also be available in a single 1GB RAM with 16GB of storage at EUR 95 (around Rs 7,600). Both the devices will be available in three colour options Charcoal, Cyan, and Sand. Until now the company has not revealed any information about the availability of all the Nokia smartphones in India.

Nokia 8.3 5G features a 6.81-inch full-HD+ PureDisplay panel with 1080×2400 pixels of resolution and 20:9 aspect ratio. The display comes with a hole punch to house a selfie camera. It runs on Android 10 and ready for Android 11 and beyond. The company also promises up to 2 years of upgrades and 3 years of monthly security updates. It is powered by octa-core Qualcomm Snapdragon 765G processor combined with up to 8GB of RAM and up to 128GB of storage which can be expanded up to 400GB using a microSD card. 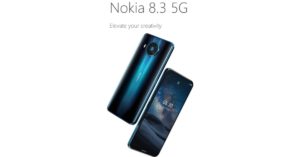 In terms of imaging, it sports a quad rear camera setup with ZEISS optics. The set up includes a 64-megapixel primary sensor with f/1.89 aperture,  a 12-megapixel ultra-wide-angle lens offering 120 degrees of field of view with f/2.2 aperture. Further aided by a 2-megapixel depth sensor and a 2-megapixel macro lens. While on the front it features a 24-megapixel selfie camera.

Nokia 5.3 runs on Android 10 and is powered by an octa-core Qualcomm Snapdragon 665 chipset combined with up to 6GB of RAM and 128GB of storage that is expandable up to 512GB via microSD card. The device features a 6.55-inch HD+ in-cell display with 720×1600 pixels of resolution and 20:9 aspect ratio. The handset packs a 4,000mAh battery with 10W charging support. 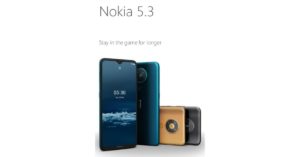 The smartphone comes with a quad rear camera setup that includes a 13-megapixel primary sensor, 5-megapixel ultra-wide-angle with 118 degrees of FoV, a 2-megapixel depth sensor and a 2-megapixel macro lens. For selfies, there is an 8-megapixel front-facing camera. 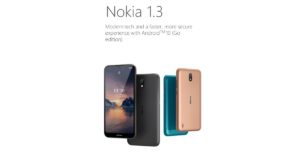 For photos, Nokia 1.3 comes with a single camera with an 8-megapixel camera sensor and a 5-megapixel selfie camera sensor. It houses a 3,000mAh battery that delivers up to 15 hours of talk time and 28 days of standby.

Komila Singhhttp://www.gadgetbridge.com
Komila is one of the most spirited tech writers at Gadget Bridge. Always up for a new challenge, she is an expert at dissecting technology and getting to its core. She loves to tinker with new mobile phones, tablets and headphones.
Facebook
Twitter
WhatsApp
Linkedin
ReddIt
Email
Previous article
HMD Global launched Nokia 5310 2G phone with wireless MP3 player and FM radio
Next article
Oppo Enco M31 neckband-style wireless earphones launched in India, sale starts on March 30