Nubia Alpha smartwatch with a foldable display unveiled at MWC 2019 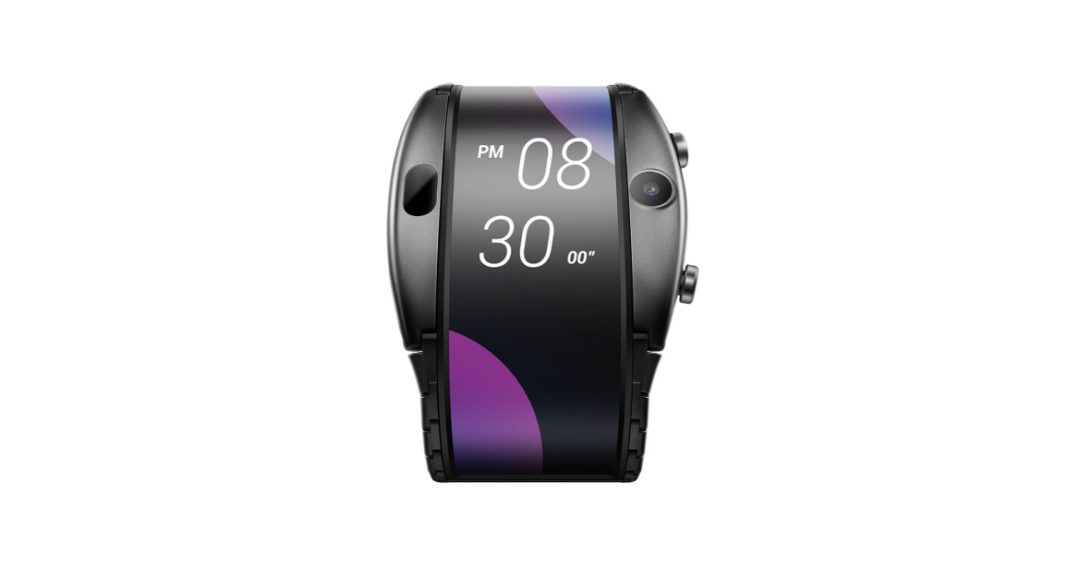 The ongoing MWC 2019 saw a number of latest gadgets with the newest technological innovations being unveiled. Among all the trends, foldable smartphones are definitely the most talked-about one. And now, the first ever smartwatch that has a foldable screen has been showcased at MWC 2019, in Barcelona, Spain.

The first of its kind wearable has been launched by ZTE’s Nubia and it comes with an OLED flexible display, a camera, and an eSIM support. Dubbed Nubia Alpha, the smartwatch has a number of features that are usually seen on an Android smartphone. The key specifications of the wearable include Qualcomm Snapdragon Wear 2100 processor, 1GB of RAM and 8GB of internal storage. The device runs on a custom OS and houses a 500mAh battery.

Coming to the detailed specifications of the smartwatch, it features a 4-inch flexible OLED display and according to ZTE, the Nubia Alpha has 230% more real estate than most other standard smartwatches that are available. The straps of the Nubia Alpha smartwatch are like a bracelet, and the device lets users make and receive calls, click pictures, and use various other apps.

The Nubia Alpha smartwatch comes with the usual gamut of smartwatch sensors including a heart rate monitor. Nubia has also announced that the wearable will go on sale starting April this year.

The Nubia Alpha smartwatch runs a custom OS which is claimed to help in motion gestures of the device. So basically, the device can be controlled via gestures in the air, however, you must do them close to the smartwatch. On the right edge of the smartwatch, there are two knobs for navigation and furthermore, the device has support for 4G connectivity via eSIM. The newly launched Nubia Alpha smartwatch is powered by the Qualcomm Snapdragon Wear 2100 SoC clubbed with 1GB of RAM and it has an internal storage of 8GB. 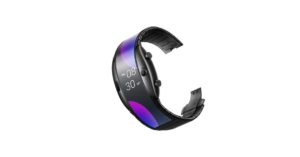 The wearable has a 500mAh battery that is claimed to last up to a day or two on a single charge. It also has an in-built speaker and a T9 keyboard. On the camera front, the smartwatch comes with a 5MP 82-degree wide-angle sensor with an f/2.2 aperture.

The Nubia Alpha smartwatch has a stainless steel band in Gold and Black colour variants and according to the company, it is water resistant. 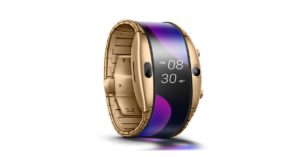 Avani Baggahttp://www.gadgetbridge.com
Avani has an immense love for reading, travelling and food, but not necessarily in the same order. Avani almost started pursuing law, but life had other (better) plans for her and she chose to be a writer instead (luckily!) She previously covered technology at Times Internet and wrote about smartphones, mobile apps and tech startups. When she’s not writing, you’ll be able to find her in book stores or catching up on her social life.
Facebook
Twitter
WhatsApp
Linkedin
ReddIt
Email
Previous article
ZTE Axon 10 Pro 5G with Snapdragon 855 SoC launched at MWC 2019, Blade V10 also unveiled
Next article
Indian smartphone brand CENTRiC launches S1, L4, A2, G5 and G3 smartphones at the MWC 2019