The device will be a replacement for OnePlus 10 Pro 5G. 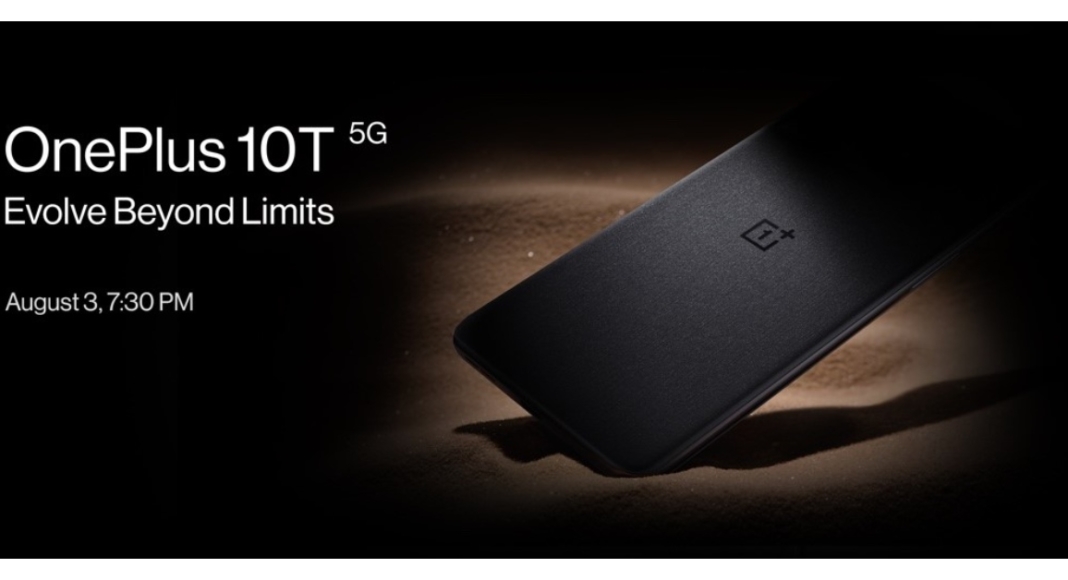 The OnePlus 10T 5G, the company’s forthcoming flagship, will be launched in India on August 3. Alongside India, the launch event will also take place in New York City.

The forthcoming OnePlus flagship will be powered by a Qualcomm Snapdragon 8+ Gen 1 processor, according to a recent leak claim. According to the company’s announcement, the OxygenOS 13 will also be unveiled at the same time as the OnePlus 10T.

Ahead of the official announcement, the smartphone has also been listed on the Amazon India website to tease its availability in the nation.

The business claims that this would be the first in-person presentation of the forthcoming 10T 5G smartphone. According to the firm, those who buy tickets to the live launch event in NYC will receive premium goods as well as OnePlus Nord Buds. Tickets for the event may be purchased from this page, or you can watch the live unveiling on the OnePlus website and YouTube channel.

According to rumours, the OnePlus 10T will retail for roughly Rs 40,000 in India and come in Jade Green and Moonstone Black colour options.

According to the rumours, the 10T 5G will have a similar design aesthetic to the OnePlus 10 Pro. The OnePlus 10T 5G poster, which displays the phone’s back design, was also revealed by the Chinese smartphone maker. However, the ad merely depicts a portion of the device’s back. The OnePlus 10T is depicted in a poster with a sandstone-like surface and the OnePlus logo.

A recent discovery of the OnePlus 10T’s Qualcomm Snapdragon 8+ Gen 1 processor and 16GB of RAM on Geekbench. In contrast, it has been found that the OnePlus 10T will offer 160W fast charging through another certification database. There are rumours that it could include up to 512GB of UFS 3.1 storage and 16GB of LPDDR5 RAM.

According to reports, the OnePlus 10T 5G has a 6.7-inch full-HD+ AMOLED screen with a 120Hz refresh rate. It will undoubtedly run on Qualcomm’s Snapdragon 8+ Gen 1.

In terms of cameras a 50-megapixel main sensor, an 8-megapixel secondary sensor, and a 2-megapixel camera are rumoured to make up its triple rear camera system.

The phone may have a 4,800mAh battery with 150W rapid charging capability.

Komila Singhhttp://www.gadgetbridge.com
Komila is one of the most spirited tech writers at Gadget Bridge. Always up for a new challenge, she is an expert at dissecting technology and getting to its core. She loves to tinker with new mobile phones, tablets and headphones.
Facebook
Twitter
WhatsApp
Linkedin
ReddIt
Email
Previous article
Mid-year: Best Tablets seen so far in 2022
Next article
What is Instagram reels’ time limit? How to increase the time limit for Instagram reels?