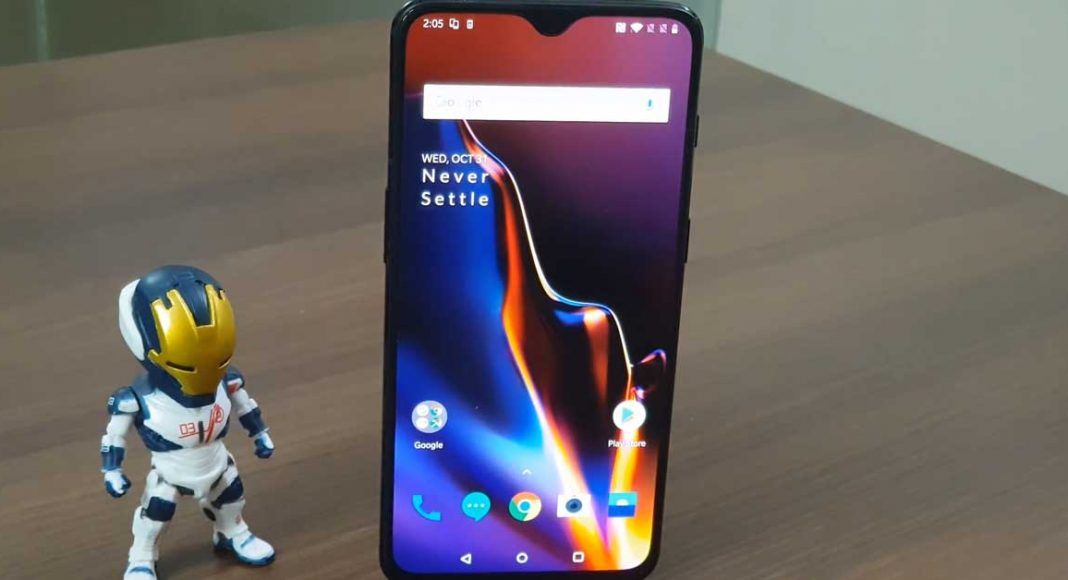 OnePlus is today rolling out the latest OxygenOS build for its new flagship device OnePlus 6T. The update is OxygenOS 9.0.6 and it gets a number of improvements to the device with itself. However, it is the unlocking experience of the smartphone which will be impacted the most with the update. Along with that, the update is also said to enhance the optimized camera image processing of OnePlus 6T.

With the latest update, OnePlus 6T smartphone users will also get a more optimized standby power consumption, and some general bug fixes and improvements. Some users had complained about not getting notifications from the Play Store and some other issues that were reported have also been taken care of.

As always, the new software update is being rolled out in a phased manner. So, the over-the-air update would reach only a few users today. The update will reach everyone only after the company is cure that there are no critical bugs in it.

OnePlus 6T (review) was launched globally on October 29 and in India on October 30. Speaking about the device’s specifications, it features a 6.41-inch Optic AMOLED display that has an aspect ratio of 19.5:9 and is protected by Corning Gorilla Glass 6. The display of the smartphone has an in-display scanner embedded on it that is claimed to unlock the device in 0.34 seconds.

OnePlus 6T mobile is powered by an octa-core Qualcomm Snapdragon 845 processor paired with Adreno 630 GPU and 6GB or 8GB of RAM. The smartphone comes in two storage variants — 128GB and 256GB. The latest flagship by OnePlus runs Android 9.0 Pie skinned with Oxygen OS and for imaging duties, OnePlus 6T sports 16MP Sony IMX519 and 20MP Sony IMX376K sensors at the back which come with dual LED flash and optical image stabilization.

There is a 20MP Sony IMX376K sensor housed in the waterdrop-shaped notch on the display that can be used for selfies and video calls. OnePlus 6T’s camera app has features like Face Unlock, HDR, OIS, Panorama mode. The device comes with 3,700mAH battery that supports fast charge (5V 4A). OnePlus 6T also comes with the Face Unlock feature.

Avani Baggahttp://www.gadgetbridge.com
Avani has an immense love for reading, travelling and food, but not necessarily in the same order. Avani almost started pursuing law, but life had other (better) plans for her and she chose to be a writer instead (luckily!) She previously covered technology at Times Internet and wrote about smartphones, mobile apps and tech startups. When she’s not writing, you’ll be able to find her in book stores or catching up on her social life.
Facebook
Twitter
WhatsApp
Linkedin
ReddIt
Email
Previous article
Huawei Mate 20 Pro India launch date revealed, device to be Amazon exclusive
Next article
Asus ZenFone Max Pro M2 render with triple cameras leaked