OnePlus has been constantly updating its smartphones to improve their camera quality. 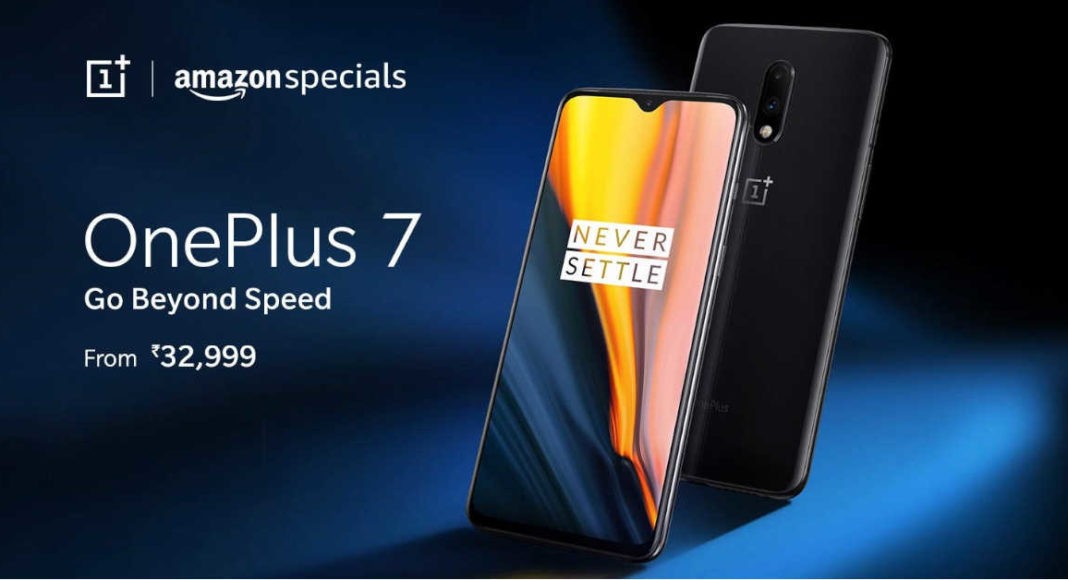 OnePlus 7 smartphones have started receiving an update that gets a number of camera improvements along with the June 2019 Android security patch. The Chinese technology brand had faced some backlash after the launch of its OnePlus 7 Pro and OnePlus 7 handsets. Ever since then, the company has been rolling out regular updates to improve the camera quality of the devices. The latest one is said to optimize the image quality of OnePlus 7 even more.

It is worth mentioning that OnePlus 7 smartphone is priced at Rs 32,999 and it can be bought from Amazon India. The upgrade to the cameras of OnePlus 7 is rolling out as a part of OxygenOS 9.5.6 update that is being rolled out in a phased manner. Once a limited number of people receive it and it is ensured that there are no bugs in it, a broader roll out of the update will follow.

According to the changelog, the latest update of OnePlus 7 gets the June 2019 Android Security Patch, improved audio quality, optimized sensitivity of automatic brightness and improved photo quality. Other than this, some general bug fixes and improvements in performance have also been added as a part of the update.

In case you have not received the notification of the update, you can check for it in your Settings menu. It is recommended to install the update when your device is connected to a good Wi-Fi connection and when it is completely charged.

It is worth mentioning that the last update that OnePlus 7 got – OxygenOS 9.5.5 – came with a number of improvements for the camera. The update enhanced the overall contrast of the images and improves their colours. The stability of autofocusing, improved clarity and colours in Nightscape mode, as well as improved brightness and clarity in low light scenes.

The key specifications of the OnePlus 7 handset include a 3,700mAh battery, Qualcomm’s Snapdragon 855 SoC, a dual rear camera setup that comprises of a 48MP primary sensor and a 6.41-inch waterdrop-style notch display. It is one among the few handsets that were priced lesser than its predecessor at the time of launch.

Avani Baggahttp://www.gadgetbridge.com
Avani has an immense love for reading, travelling and food, but not necessarily in the same order. Avani almost started pursuing law, but life had other (better) plans for her and she chose to be a writer instead (luckily!) She previously covered technology at Times Internet and wrote about smartphones, mobile apps and tech startups. When she’s not writing, you’ll be able to find her in book stores or catching up on her social life.
Facebook
Twitter
WhatsApp
Linkedin
ReddIt
Email
Previous articleYou can use this app to get Android Q’s Digital Wellbeing features
Next articleIn-display fingerprint scanners will soon be available on budget smartphones and LCDs