HomeMobilesOnePlus 8T is coming, the company confirms as the event page goes...

OnePlus 8T is coming, the company confirms as the event page goes live in India 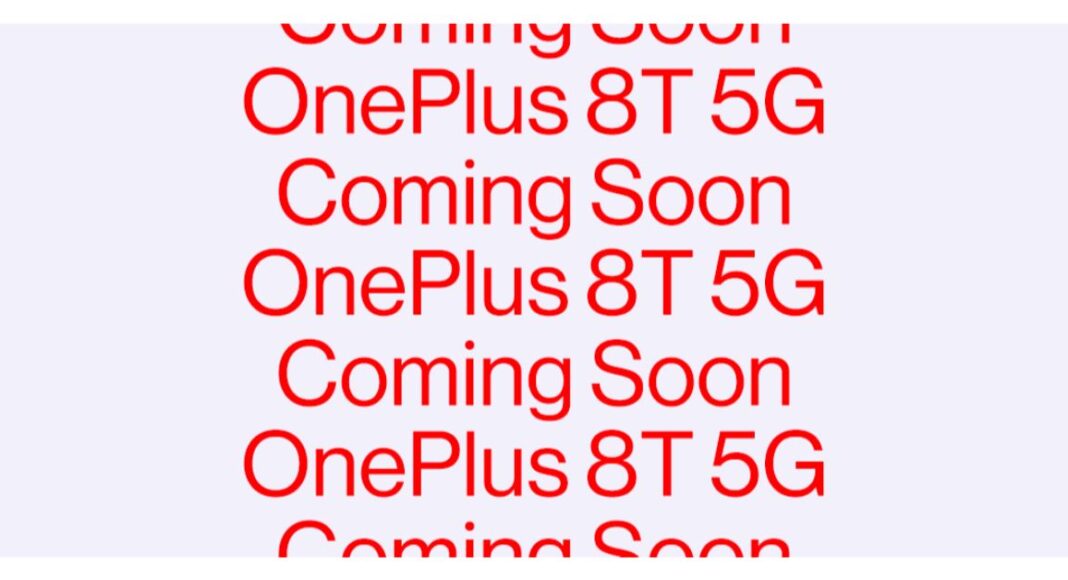 Recently an OnePlus 8T was tipped to launch in October next month. While some suggested it will be coming later this month whereas some said we would not see the phone this year as the company has planned not to launch the smartphone. Keeping all the rumours and leaks aside, OnePlus India has confirmed that the device is definitely coming to the market and similar to last year this time also OnePlus 8T is hoped to make its global debut in India first.

The company took to Twitter to tease the OnePlus 8 T 5G via its official OnePlus India handle which prompts “OnePlus 8T 5G Coming Soon”. In addition to this, the company has also created an event page for the same letting users to sign up to get notified. According to the dedicated page, those who sign up for the to get notified will surely stand a chance to win n exclusive prizes including an OnePlus 8T 5G or a free Bullets Wireless voucher or 5 percent off on the accessories with the phone order. Alongside the company has also shared a short video teaser featuring Robert Downey Jr.. However, the phone is not seen in the teaser video but it says OnePlus 8T is coming soon.

That unaware OnePlus 8T is an upgrade over the company’s latest flagship line that would have some major design changes which the company traditionally launch in September but this time it is speculated to launch on October 14. Alongside the smartphone, the company is also expected to bring a new set of TWS earphones. The company is working on its cheaper version of Buds that is the OnePlus Buds Z which is going to be an offshoot of the OnePlus Bus that is the company’s first truly wireless earbuds launched this July. Otherwise, there is no clarity about the TWS earbuds nor the company has yet confirmed the actual launch date of OnePlus 8T.

The phone is expected to come with a full-HD+ 6.55-inch display with a higher refresh rate of 120Hz. It is speculated to have a Qualcomm Snapdragon 865+ SoC and will be available in two different configurations of 8GB of RAM with 128GB storage and 12GB of RAM with 256GB of onboard storage. In addition to this, the device is likely to pack a 4,500mAh battery with 65W fast charging support and it would run on OxygenOS 11, based on Android 11.

Komila Singhhttp://www.gadgetbridge.com
Komila is one of the most spirited tech writers at Gadget Bridge. Always up for a new challenge, she is an expert at dissecting technology and getting to its core. She loves to tinker with new mobile phones, tablets and headphones.
Facebook
Twitter
WhatsApp
Linkedin
ReddIt
Email
Previous articleRealme Narzo 20 Series set to launch in India today: Here is how to watch the action live
Next articleOppo Reno 4 SE with 5G support and 65W fast charging solution launched