Oppo A7 with 6.2-inch HD+ display publicized in India: Specifications and other details revealed 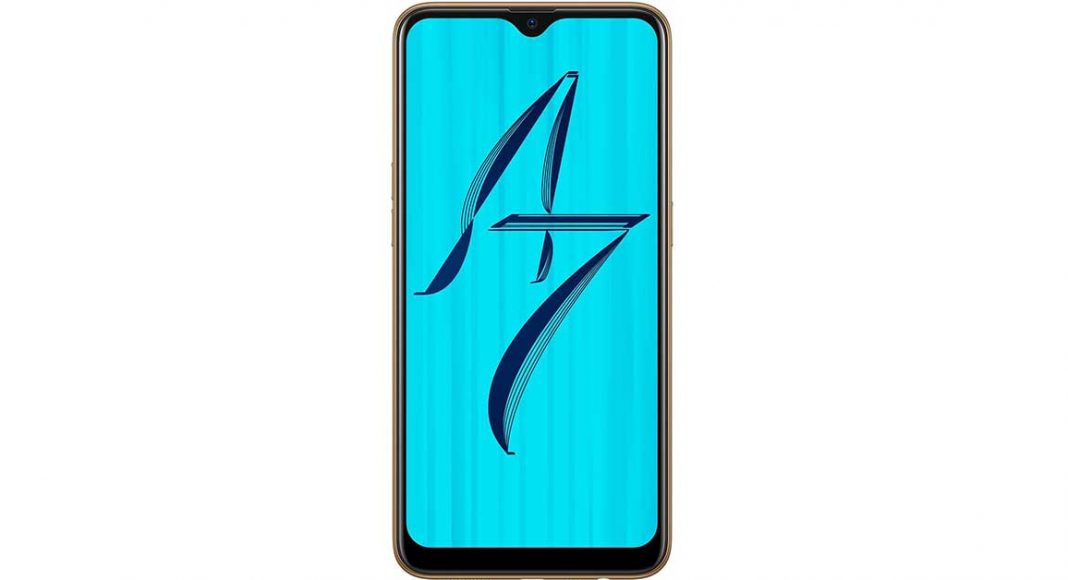 While most eyes were on Xiaomi today, which launched the not-so-great Xiaomi Note 6 in India, Oppo has gone ahead and unveiled the Oppo A7 here. The Chinese smartphone maker has put the page up on its website that gives out quite a few details about the smartphone. The post on the website does show how the phone will also look like and what all to expect from the device.

The Oppo A7 mobile lies in the budget segment of smartphones. Industry insider have told Gadget Bridge that the smartphone will be officially launched in the next 14 days in India. The device is already available in China as well as Nepal, with the sales already started in China. Next in line to start sales is Nepal followed by India.

Two versions of the Oppo A7 will be available in the Indian market. One will have 3GB RAM and the other will sport 4GB RAM. Both will get 32GB internal storage with the option to expand memory by up to 256GB using a microSD card. As for the display the Oppo A7 will come with a 6.2-inch HD+ touchscreen that will support a resolution of 1,520×720 pixels. The screen support 270 ppi pixel density. The rectangular notch has been replaced by a waterdrop design on the smartphone and it will be available in two colours – Glaze Blue and Glaring Gold.

Inside, the smartphone will come with the entry level Qualcomm Snapdragon 450 chipset with an Octa-core CPU. For graphical duties it will get the Adreno 506 GPU. This will be backed by a fairly large battery of 4,230 mAh. Moving on to the cameras, the Oppo A7 will carry a twin camera setup at the back. These will be powered by a 13MP and 2MP sensors. Features like bokeh effect will be present in the budget smartphone. The front snapper will be powered by a 16MP sensor. Over that, a LED flash is present at back as well front of the mobile phone.

As for the operating system, the Oppo A7 will come with Android Oreo 8.1 out of the box with a layer of Oppo ColorOS 5.2 on it. For connectivity this smartphone will come with 4G VoLTE, Bluetooth version 4.2, GPS, WiFi and a micro USB port. A 3.5mm audio jack is also present on this mobile device. The smartphone is 7.5mm slim and weighs 168grams. The price is still unknown in India, but will be revealed in a few days’ time with its official launch.