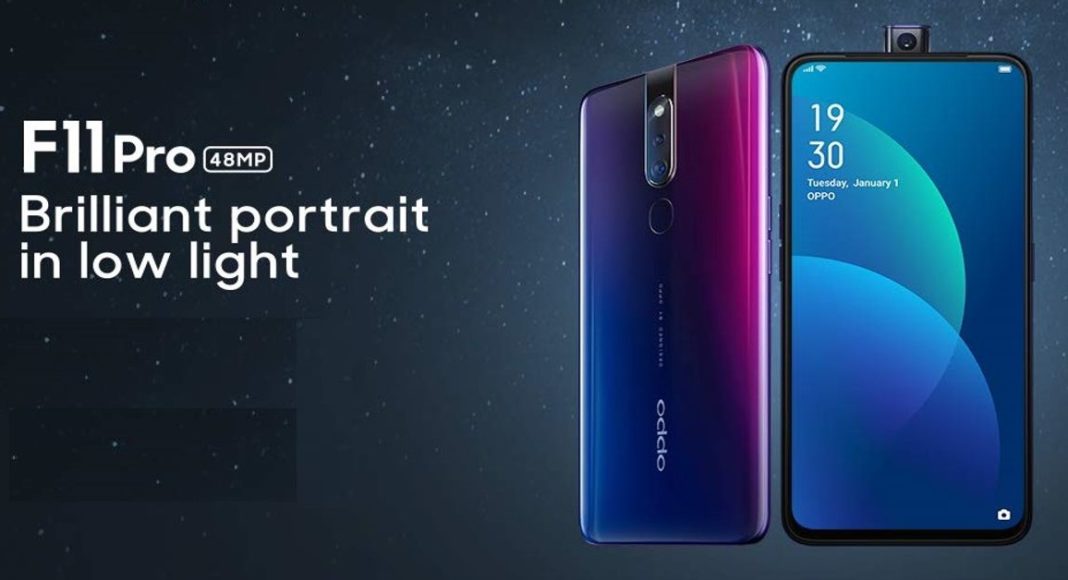 Chinese smartphone brand Oppo has slashed the price of its F11 Pro smartphone in India by Rs 2,000. Both the variants of Oppo F11 Pro – with 64GB storage as well as with 128GB storage – have received a price cut. It is worth noticing that the revision comes just days after the company started selling Oppo F11 Pro’s 128GB storage model on Amazon India’s website. The smartphone brand is also set to get the Oppo F11 handset in the country soon. The device was launched in March, but it is yet to go on sale in the country.

According to a tweet that was posted by Manish Khatri of Mumbai-based Mahesh Telecom, the 64GB storage variant of Oppo F11 Pro smartphone has been slashed to Rs 22,990, while the cost of its 128GB storage model has been dropped to Rs 23,990. The revised prices are effective starting May 13.

The retailer has also said that Oppo F11 will soon come to India at a price of Rs 17,990. If you are interested in buying the handset, you can pre-order it already at select offline retailers. We should add that the smartphone was launched at Rs 19,990 in India in March this year, however, since then, there has been no word about the availability of the device from the company.

Coming to the specifications, Oppo F11 Pro runs Android 9.0 Pie skinned with ColorOS 6 and sports a 6.53-inch full-HD+ LCD panel that has an aspect ratio of 19.5:9 and a screen-to-body ratio of 90.90%. The smartphone is powered by an octa-core MediaTek Helio P70 SoC clubbed with 6GB RAM.

The device is available in 64GB and 128GB storage options and it has a dual camera setup on its back panel that comprises of a 48MP primary sensor and a 5MP sensor. The handset also has a 16MP pop-up selfie camera. Oppo F11 Pro houses a 4,000mAh battery that has support for VOOC Flash Charge 3.0 fast charging.

It is worth mentioning that Oppo F11 is identical to its elder sibling, however, instead of a pop-up selfie camera, it comes with a waterdrop-style display notch that houses the selfie camera. It packs a 4,020mAh battery and comes with 4GB of RAM and 128GB storage.

Would you be interested in buying either of the two devices from Oppo now that their prices have been revised in India? Let us know in the comments section below.