Oppo F11 Pro to launch soon in India, will come with a 48MP primary camera 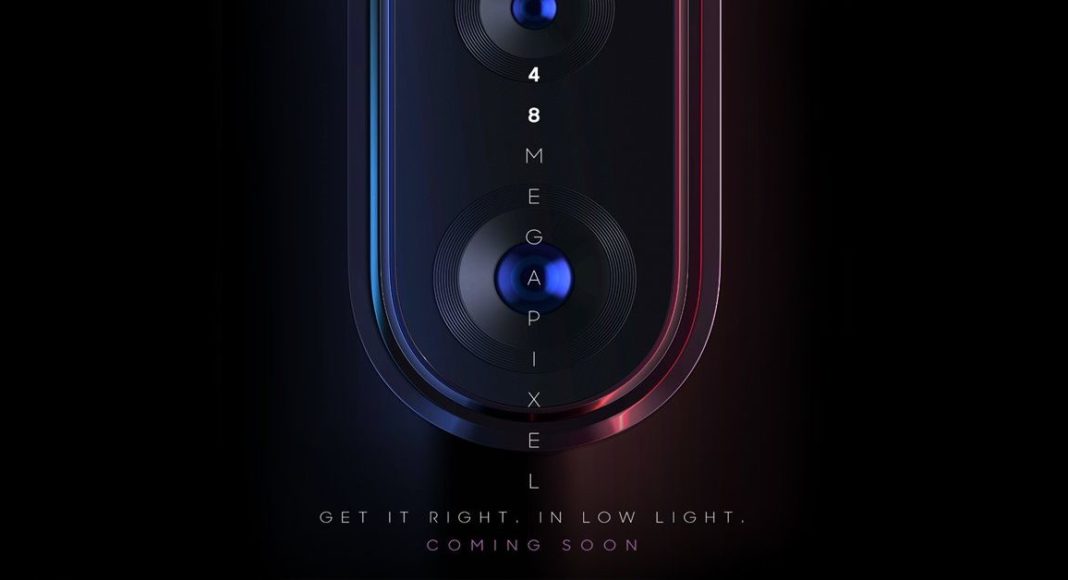 Chinese smartphone brand Oppo recently launched its K1 smartphone in India. And just a few days after the launch of the Oppo K1, the smartphone maker is gearing to refresh its F series in the country. Various reports have emerged that says that Oppo is planning to launch its F11 and F11 Pro smartphones in India in the first week of March. We should also mention that the same handset will reportedly be launched in China with a different name – Oppo R19.

Today, the company has confirmed that it will indeed be launching the Oppo F11 Pro, and has further said that the handset will come with a massive 48MP primary camera. However, there is no word on the launch date of the smartphone.

The company also posted a teaser image of the upcoming smartphone on Twitter with the caption “Brilliant Portraits in Low Light with the 48 MP Camera. Coming Soon. #OPPOF11Pro”. On the image, a dual rear camera is shown coupled with text ’48 megapixel’. The image also says ‘Get it right. In low light. Coming soon.’  From this, we can derive that Oppo is all set to launch a photography-centric smartphone in India with 48MP primary sensor.

Speaking further about the upcoming device‘s camera, Oppo has said that in order to get clear images in dimly lit areas, its F11 Pro smartphone will come with Super Night Mode feature. The Super Night Mode feature will work like Oppo’s AI Ultra-Clear Engine which, according to the company, optimizes the camera experience of the device by including AI Engine, Ultra-clear Engine, and Color Engine. Other than this, the mode in Oppo F11 Pro will be able to recognise scenes and will be adept in image-stabilization during long exposure, low-light performance, and skin brightening.

We should mention that this week, technology website 91mobiles also shared an alleged press image of the Oppo F11 Pro. In the image, Oppo F11 Pro can be seen sporting a full-screen display and does not come with a selfie camera on the front panel. This can mean that the device may come with a pop-up selfie camera like Vivo NEX.

Furthermore, the handset’s chin is also shown to be almost negligible in the image. On the camera front, the smartphone is shown to have a dual rear camera setup in a strip-like module that looks a lot like the one we have seen in the teaser video of Vivo V15 Pro. Other than the cameras, the back panel also houses the fingerprint sensor and Oppo branding.

We should mention that the smartphone was earlier speculated to come with a pill-shaped cut-out on its display on the top right corner to house its dual selfie cameras. However, in the press renders that have surfaced online, this punch-hole cut-out cannot be seen.