HomeCinemaAudio SystemsOver 500 movie theatres in India now have Dolby Atmos in them... 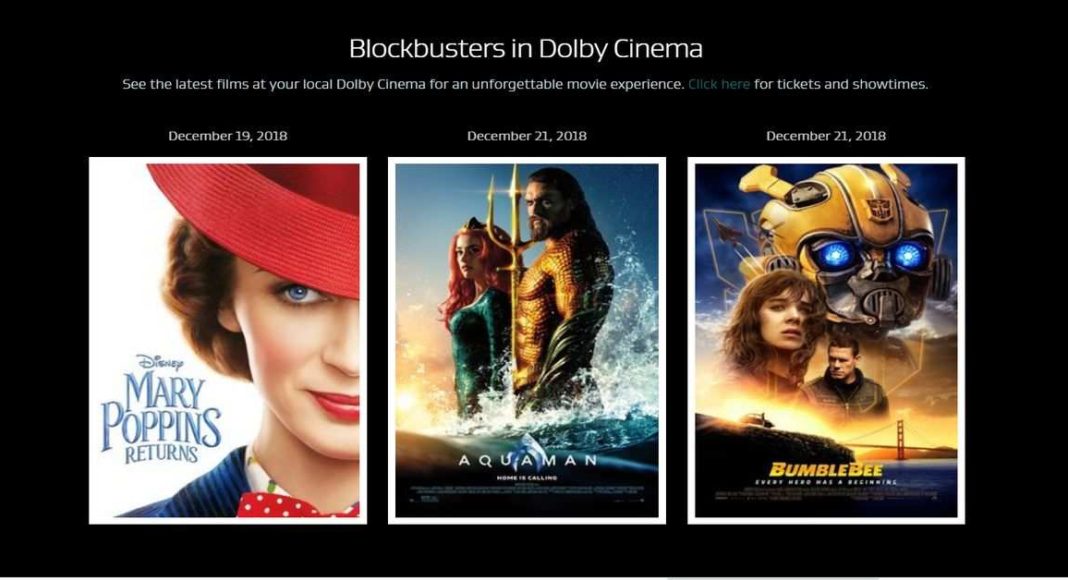 Today, Dolby Laboratories announced that it has crossed the threshold of 500 Dolby Atmos screens across India. The company has gained quite a lot of success as it is found in 143 cities and 22 states and Union Territories. This expansion has been done by collaborating with Carnival Cinemas, Cinepolis, Inox Cinemas, PVR Cinemas, SPI Cinemas and more. Dolby has provided 17 mixing facilities and more than 500 feature films released or announced till now. These feature films can be watched in many regional languages like Hindi, Malayalam, Marathi, Punjabi to name a few.

Doug Darrow, the Senior Vice President of Cinema Business Group, Dolby Laboratories said, “Dolby celebrates this milestone with its cinema exhibitors, which are increasingly using Dolby technology to differentiate their cinema offerings and share Dolby’s vision to provide a premium experience for moviegoers. Dolby Atmos transports you into the story with breathtaking, moving audio that fills the cinema and flows all around you, offering viewers an incomparable and engaging viewing experience.”

Dolby Atmos is very different from channel-based sound systems like 5.1, 7.1 and 11.1 that require filmmakers to think about the number and location of speakers. It allows them to designate where should each sound be placed or moved in the cinema space so that audiences can have a realistic experience of the film. Some of the top cinemas have congratulated Dolby for its success.

Gautam Dutta, the CEO of PVR Cinemas said, “PVR Cinemas congratulate Dolby on achieving the new milestone, which is a testament of innovation and excellence. We value our collaboration in redefining the cinema viewing experience in India through pioneering concepts and advanced solutions. We reiterate our focus in making movie entertainment an inclusive and sustainable sector through increased efficiency and effective initiatives.”

Dolby Atmos is now available on smartphones as well. Samsung’s latest, M-series, smartphones in the budget segment also come with Dolby Atmos. This shows that the vibrant Atmos surround sound is not just limited to movie theatres, but can be incorporated in mobiles and laptops too.