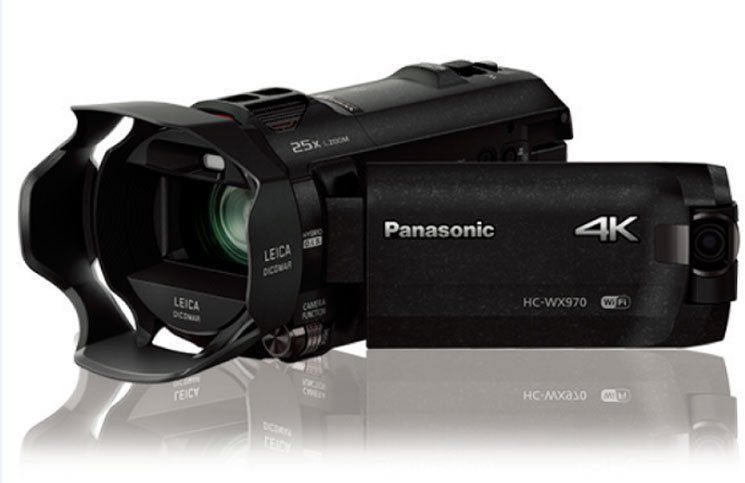 The video camera market has been in a bit of a slump since a little while, as most users end up using the handy smartphone to capture any and every type of videos. However, a smartphone can never give you the same kind of experience and picture quality a standalone video camera can.

Panasonic has recently launched two new 4K ready video cameras that can knock your socks off (and maybe in the process burn a hole in your pocket). Called the WX970 and VX870, the new camcorders are capable of capturing videos in Ultra-HD.

So the major difference between the two is that the WX970 has an additional 180 degree rotating camera on the side of the screen that can capture picture in picture and also take selfies. This feature is missing in the the VX870. The rest of the features are pretty much even.

Both can zoom 20 times optically and have a camera action ring on the side. 18.9 MP sensor is available on both of them to capture videos and pictures in ultra high-def. Features like wind zoom shield MIC, Wi-Fi and NFC are also available on these video cameras. The rechargeable battery gives backup of 60 minutes approximately.

Sulabh Purihttp://www.gadgetbridge.com
Sulabh Puri is the Editor In Chief of GadgetBridge.com. A content specialist, he started his career young and it has been a rewarding 15 years for him. Before heading Gadget Bridge, he was the Editor of Times of India (TOI) Technology and GadgetsNow.com. He has also led TOI’s international edit arm as the Editorial Head of Business Insider India and Tech Radar India. He has also worked with various media houses such as the India Today Group and Cybermedia. He loves everything ‘gadgety’ and enjoys tinkering with new tech toys and automobiles. A graduate in commerce from Delhi University, he is also an adept graphic designer. When he is not working, he can be found in the kitchen, cooking mouth-watering chocolate cakes and croissants.
Facebook
Twitter
WhatsApp
Linkedin
ReddIt
Email
Previous article
Toreto introduces Sound Around, a Bluetooth speaker system with FM
Next article
Forget about Net Neutrality – What India really needs is deeper data penetration