Poco’s TWS will be called POCO Pop Buds, to launch in India soon 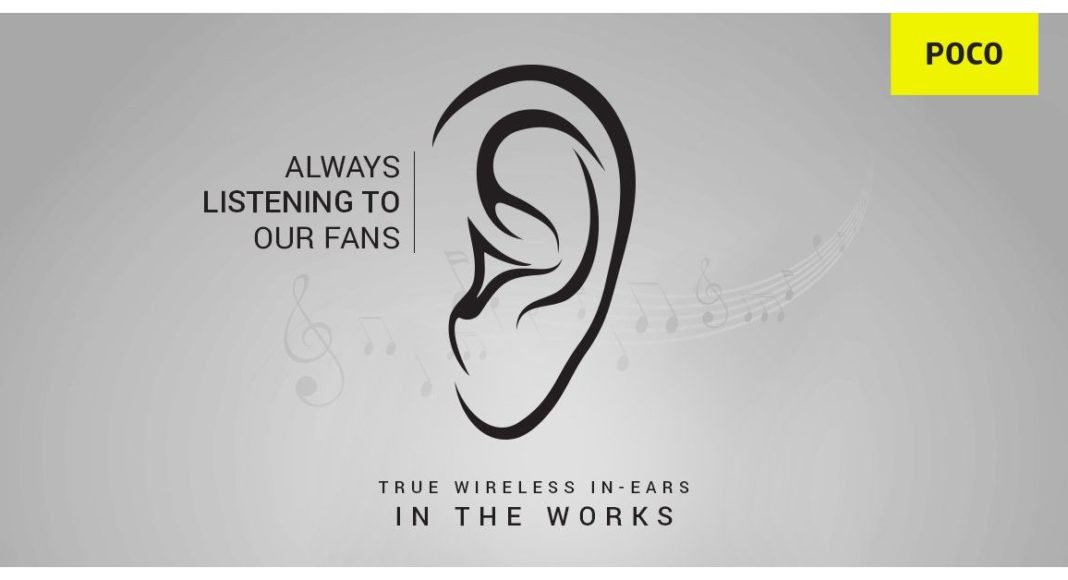 The Xiaomi’s spin-off-brand Poco is all set to foray into the audio department with the launch of TWS earbuds in India. The company is going to launch  POCO Pop Buds in the country. The company hosted a poll on its social media accounts to choose a name for its first truly wireless earphones. The company selling the name has been chosen by the Poco fans through the poll. The earbuds are expected to arrive in the country alongside the Poco F2 Pro smartphone.

In a Twitter poll, Poco Pop Buds got the highest share of votes which helped the company to decide the name of the upcoming product. The open poll consisted of four exciting names POCO Move Buds, Klip Buds, Pop Buds to POCO Funkz. The Poco fans were asked to choose a name for its TWS earbuds and 42.4 percent of the audience voted for the Poco Pop Buds out of a total 21,416 votes thereby confirming the name of the upcoming product.

To add to this engagement, C Manmohan, General Manager, POCO India said, “Hey POCO fans, a few weeks back, we asked you which product we should bring next and you chose TWS (earbuds). We’re happy to announce that we’re a step closer in making it a reality and want your help in choosing a name for it. Vote and let’s know what we should call it.”

Hey POCO fans, couple of weeks ago we asked you which product we should bring next and you chose TWS (Earbuds). We're happy to announce that we're a step closer in making it a reality & we want your help in choosing a name for it. Vote and let's know what we should call it.

Until now the earbuds are still under development and the company shares no further information with regard to the earbuds specification and how long it would take to arrive in the market. In April last month, the company announced that it is working on its TWS earphones while confirming that these will arrive in India first.

The company stated that “The Indian wearables market registered a growth of 168.3% last year. With ear-worn devices finding a huge appeal among consumers, rapid advancement in technologies will only fuel this growth going ahead. In line with this, POCO is all set to add its take on TWS audio to the POCO family.”

Like we mentioned earlier recently the company launched its new smartphone globally Poco F2 Pro. The smartphone is the rebranded version of Redmi K30 Pro. The device features a 6.67-inch full-HD  AMOLED display, It is powered by a Qualcomm Snapdragon 865 processor with 8GB of RAM and up to 256GB of storage. The phone comes with a quad rear camera setup consisting of a 64MP of a primary sensor, a 5MO telemacro lens, a 13MP wide-angle lens and a 2MP depth sensor. On the front, there is a 20-megapixel pop-up selfie camera. The handset packs a 4,700mAh battery supported with 30W charging tech.

Komila Singhhttp://www.gadgetbridge.com
Komila is one of the most spirited tech writers at Gadget Bridge. Always up for a new challenge, she is an expert at dissecting technology and getting to its core. She loves to tinker with new mobile phones, tablets and headphones.
Facebook
Twitter
WhatsApp
Linkedin
ReddIt
Email
Previous articleBeware! Online romance scams are a modern form of fraud, reveals a study
Next articleMay 20 Amazon Quiz: Today you can win Mi A3 Smartphone by participating in the quiz