Realme 6 Pro and Realme 6 with 90Hz Display and quad cameras launched in India: Specifications and Pricing

The company also launched Realme Band alongside the two smartphones 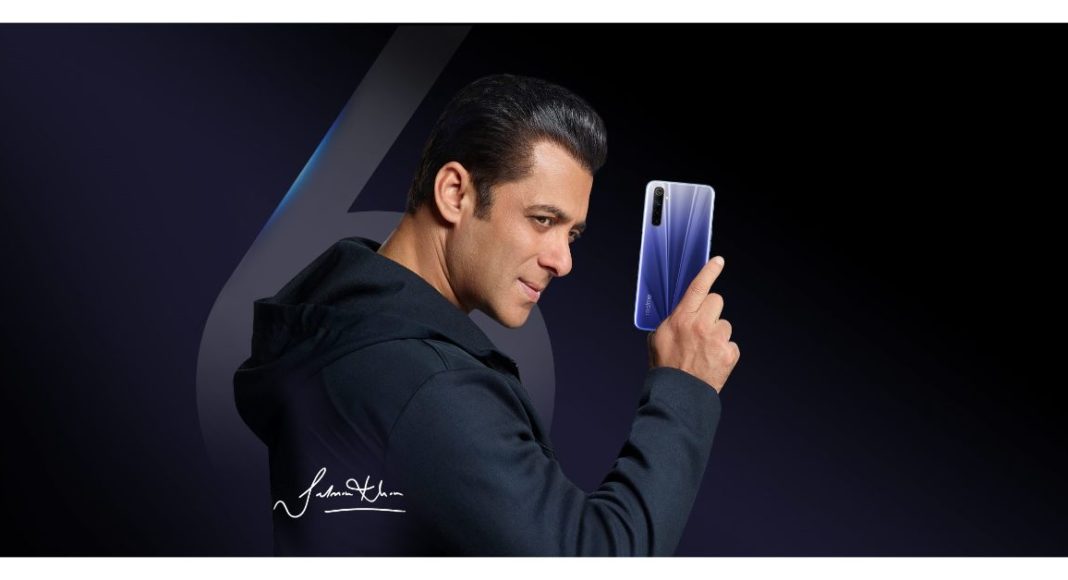 Today the Chinese smartphone company Realme launched in India via online launch. The company had to cancel the launch event due to Coronavirus spread in the country and ultimately had to adjust by launching its new Realme 6 Series via webcast.  The company today introduced two smartphones Realme 6 and Realme 6 Pro. According to the company the phone is being manufactured in India and will be available via online and offline retailers simultaneously. In the coming months, the device will reach other parts of the world.

The company also revealed that Realme 6 Pro will have support for ISRO developed NavIC out of the box as it is powered by Qualcomm’s Snapdragon 720G chipset. Alongside the company also launched its first fitness band called Realme Band in India.

The company launched Realme 6 in three RAM and storage variants. The 4GB RAM with 64GB storage option comes with a price tag of Rs 16,999, while the 6GB RAM with 64GB storage model comes at Rs 14,999 and the 8GB RAM with 128GB memory option will be available at Rs 15,999. The device will be offered in two colour options: Comet Blue and Comet White. This model will go on sale in the country on March 11 at 12 noon onwards.

Realme 6 Pro will be offered in three storage and RAm options. The 6GB RAM with 64GB storage can be bought at Rs 16,999 while the 6GB RAM with 128GB storage comes at Rs 17,999 and the 8GB RAM with128GB storage will cost you Rs 18,999. It will be available in two colour variants: Lightning Blue and Lightning Orange. The smartphone will go on sale in the country from March 13 at 12 noon onward. Both Realme 6 and Realme 6 Pro can be purchased via e-commerce platform Flipkart, Realme.com and offline retailers in the country.

Realme 6 features a  6.5-inch full-HD+ Ultra Smooth hole-punch display with 1080×2400 pixels of resolution and a 20:9 aspect ratio. It offers 90 Hz of refresh rate and 90.5 percent screen-to-body ratio. The handset runs on Realme UI on top of Android 10. Under the hood, there is an octa-core MediaTek Helio G90T processor paired with up to 8GB of RAM and 128GB of storage that can be expanded up to 256Gb via microSD card.

Realme 6 Pro is powered by an octa-core Snapdragon 720G processor with Adreno 618 GPU. The chipset is paired with up to 8GB of RAM and 128GB of storage. The internal memory can be expanded up to 256G with the help of a microSD card. The device runs on Realme UI based on the top of Android 10. It features a bigger 6.6-inch full-HD+ Ultra Smooth with dual hole-punch display and 90HZ of refresh rate. It offers 1080×2400 pixels of resolutions with a 20:9 aspect ratio and a 90.6 percent screen-to-body ratio. The display is protected with a layer of Corning Gorilla Glass 5.

Komila Singhhttp://www.gadgetbridge.com
Komila is one of the most spirited tech writers at Gadget Bridge. Always up for a new challenge, she is an expert at dissecting technology and getting to its core. She loves to tinker with new mobile phones, tablets and headphones.
Facebook
Twitter
WhatsApp
Linkedin
ReddIt
Email
Previous article
MediaTek and Samsung launched  World’s First Wi-Fi 6 8K TV
Next article
Hackers are now using gaming apps to spoof consumers: McAfee