HomeMobilesRealme India CEO takes a jab on Redmi 7A, pokes fun at...

Realme India CEO takes a jab on Redmi 7A, pokes fun at its display and camera 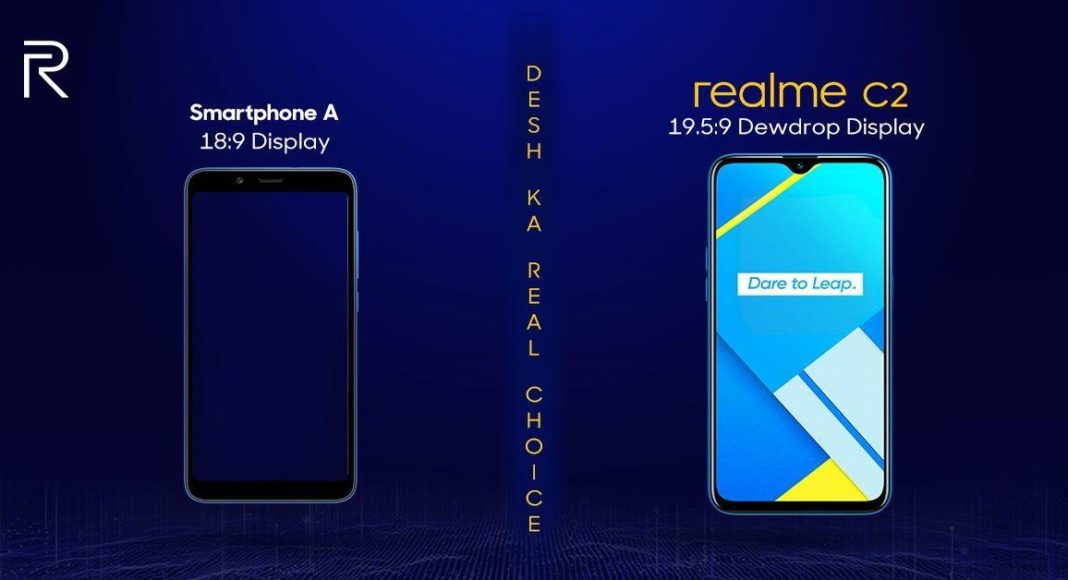 The rivalry between Realme and Xiaomi is nowhere close to ending. If anything, it is just getting fiercer by the day as both of them continue to compete with each other in the budget segment of the Indian smartphone market. It can be seen in the teasers of their smartphones and even the CEOs of the two companies often tweet taking a jab at handsets of the rival company. The same happened after the launch of Redmi 7A smartphone when Realme India’s CEO Madhav Sheth took to Twitter to poke fun at Xiaomi’s latest offering and compared it to Realme C2.

The first tweet by Sheth, who is now known as Madhav X on Twitter, tweeted that he hopes Realme C2 gets a real competitor in the budget segment as that would mean that the end users have more options to choose from.

Hope #realmeC2 gets a REAL competitor in its segment today. More power to the users!

While this was very civil, it was followed by a very direct attack on the Redmi 7A. He tweeted comparing the thin bezels and wider aspect ratio of Realme C2 to Redmi 7A’s thick upper and lower bezels. Sheth also used the hashtag #DeshKaRealChoice, which was also a jab at Redmi 7A’s tagline “Desh Ka Smartphone.”

The attack may not be a very subtle one, but Realme India’s CEO does have a point. The newly launched Redmi 7A smartphone does lag behind when it comes to modern aesthetic. It is not exactly common to see a smartphone that is being launched in today’s time to come with a design like that.

What should a real value king have? The smart shall not choose a "2 Years Old" single camera. #DeshKaRealChoice pic.twitter.com/UvNNjcZIcW

Sheth did not stop there. He then tweeted comparing the single camera of the Redmi 7A to Realme C2’s dual rear camera setup that consists of a 13MP sensor and a 2MP sensor. The fourth tweet by the CEO was a comparison between the specifications of the two handsets, and it highlighted all the major differences.

While some Twitter users found this to be funny, others thought that Realme was trying too hard to ruin the buzz around Xiaomi’s new device. Xiaomi does enjoy a fan base in India in spite of the fact that most of its smartphones are full of bloatware and ads, and loyalists didn’t keep their opinions to themselves on Twitter.

Redmi 7A is available at a starting price of Rs 5,999 in India and it will go on sale starting July 11. Realme C2 is also available at the exact same price, and this makes the competition between the two handsets inevitable.