Realme has given away some information about its special edition smartphone. 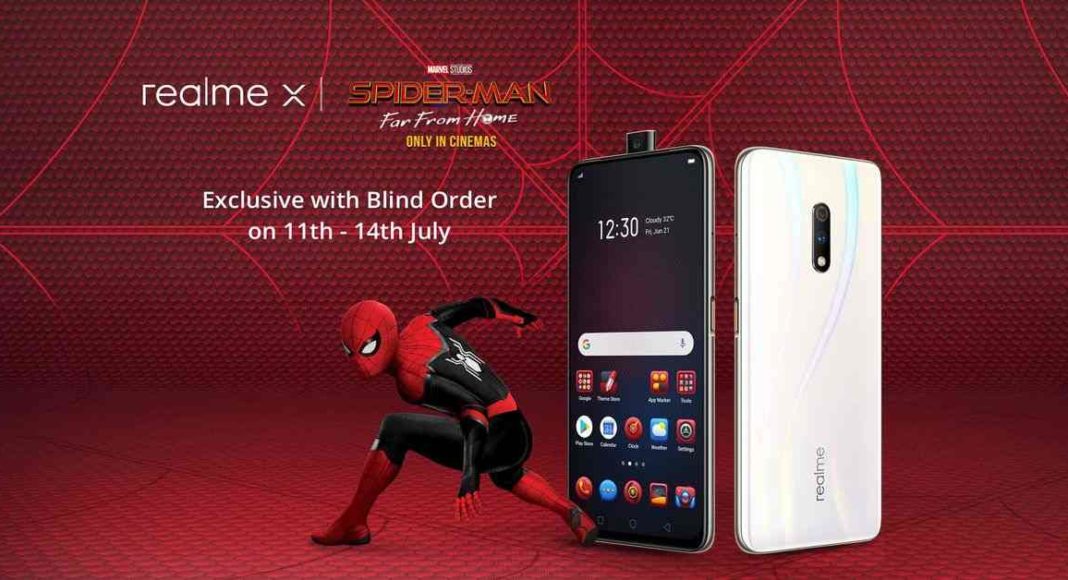 Chinese smartphone brand Realme is all set to launch its Realme X smartphone in India on July 15. The company confirmed the launch of the device via a tweet recently and said that it will also be launching its Realme X Spiderman: Far From Home Edition on the same day in the country too. Now, Realme has taken to Twitter again to announce that the blind orders for Realme X Spiderman: Far From Home Edition gift box will begin on July 11 and will go on till July 14.

During this time, interested customers can pre-book the Realme X Spiderman: Far From Home Edition gift box by paying Rs 1,000. After that, they can pay the remaining balance between July 22 and July 26. The devices will be dispatched to them starting July 25. Although the company has not said what all the gift box will contain, the image that is shared by Realme on Twitter shows a Realme X Spiderman: Far From Home Edition smartphone, a Red coloured case that has Spiderman made on it and a bundled charger.

But then, it is worth mentioning that the company has mentioned that it will be offering some exclusive benefits to those who pick up the gift box. The tweet reads, “Pre-book the exclusive Realme X Spider-Man: Far From Home Gift Box to avail exclusive benefits in the blind order window from 11th-14th July on realme.com/in. Launching at 12:30 PM, 15th July on realme.com/in. #LeapToPremium.”

As we mentioned earlier, the company confirmed a few days back that it will be launching its Realme X and Realme X Spiderman: Far From Home Edition smartphones in India on July 15 at 12:30 pm IST. Both the handsets have already been launched in China.

Some time back, Realme India’s CEO Madhav Sheth posted on Twitter that the variant of Realme X that will be launched in India will come with different specifications as compared to the Chinese model. It has also been confirmed by the company that the Naoto Fukasawa collection with onion and garlic finish of Realme X will be unveiled in India too. 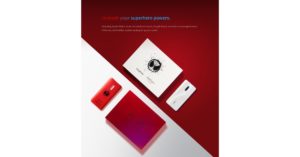 While Realme has not given away the India price of the smartphone, it has said that the Realme X handset will be priced around Rs 18,000 in the country.