The smartphone will be available for purchase via Amazon in the country. 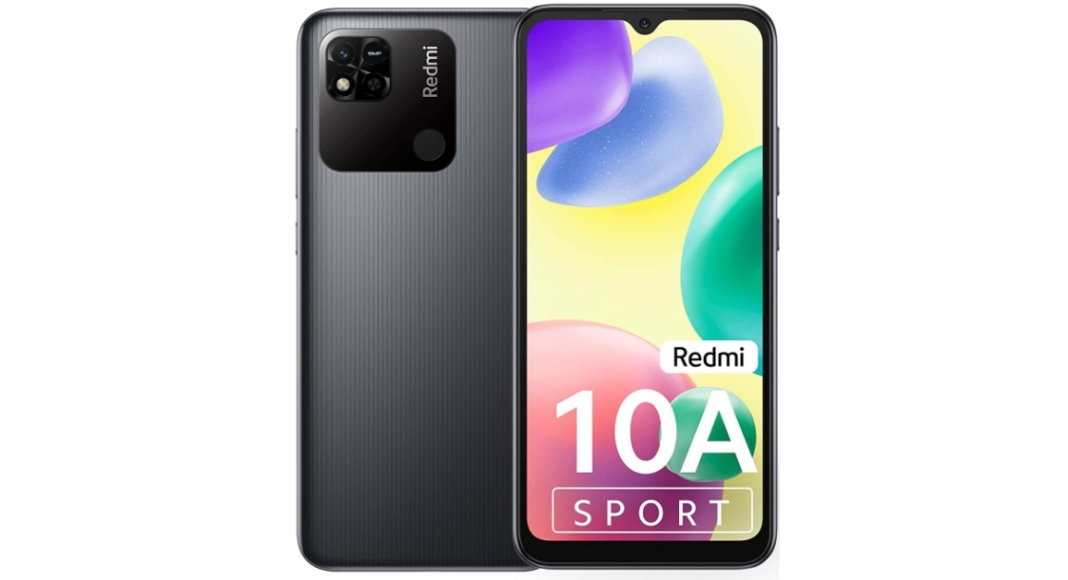 The Redmi 10A Sport was released in India today. The device is an improved version of the Redmi 10A made its debut in India in April of this year and is the successor of the Redmi 9A Sport. The newly launched phone is powered by MediaTek Helio G25 SoC. The device features a single 13-megapixel rear camera.

Redmi 10A Sport price in India and availability

Redmi 10A Sport has been launched in India in a single 6GB RAM with 128GB storage option. The device has been priced at Rs 10,999. Charcoal Black, Sea Blue, and Slate Grey are the available colour choices. Amazon and Mi.com are the two places in the nation where you can buy the Redmi smartphone.

Redmi 10A Sport is highlighted with a 6.53-inch HD+ IPS display with a waterdrop-style notch. The screen offers 720×1,600 pixels of resolution and comes with an aspect ratio of 20:9. The budget smartphone runs on MIUI 12.5, an Android-based operating system. The phone has an octa-core MediaTek Helio G25 SoC under the hood, along with up to 6GB of RAM. The Redmi phone has 128GB of built-in storage and can be expanded with a microSD card up to 512MB via a specific slot.

A 10W charger and 5,000mAh battery are included with the handset. Four different types of connectivity are offered: 4G LTE, Wi-Fi 802.11 b/g/n, Bluetooth v5, and GPS/A-GPS. The Micro-USB connector, 3.5mm headphone jack, and fingerprint sensor on the back of this phone are all included.

Komila Singhhttp://www.gadgetbridge.com
Komila is one of the most spirited tech writers at Gadget Bridge. Always up for a new challenge, she is an expert at dissecting technology and getting to its core. She loves to tinker with new mobile phones, tablets and headphones.
Facebook
Twitter
WhatsApp
Linkedin
ReddIt
Email
Previous article
Mid-year: Best TVs seen so far in 2022
Next article
Asus Zenfone 9 with 6-axis hybrid gimbal stabiliser launched