HomeMobilesRedmi Note 7S with 48MP camera to launch in India on May... 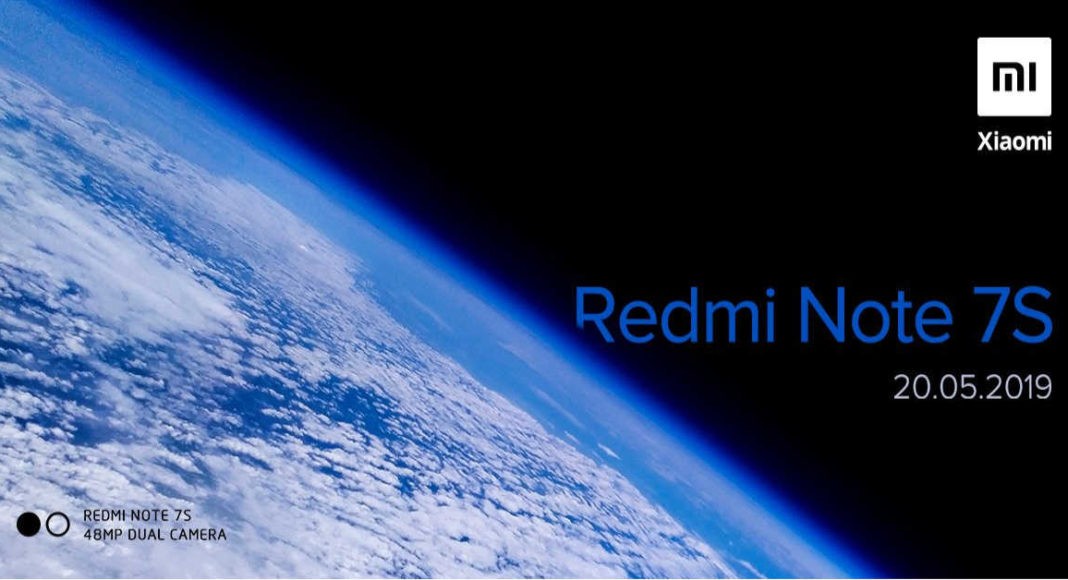 It is worth mentioning that even back then, Redmi Note 7 Pro featured a 48MP primary camera. Much like the Pro variant of the smartphone, the Redmi Note handset will also come with dual rear camera setup.

Xiaomi India MD Manu Kumar Jain took to Twitter to say that the Redmi Note 7S will be the company’s next 48MP camera smartphone in the Redmi Note series. He further confirmed that the upcoming smartphone will be launched in India on May 20.

So we've decided to get you both! 😎#RedmiNote7S – An all-new SUPER Redmi Note for all our India Mi fans is coming! #48MPForEveryone unveils on 20th May. Mark your calendars! 🗓️

As we mentioned earlier, the series already has Redmi Note 7 and Pro variant in their lineup in the country. The upcoming handset is speculated to be somewhere between the two in terms of specifications and pricing in an attempt to attract more customers.

Along with Jain’s tweets, an image was also posted that confirms the presence of a dual rear camera setup on the upcoming smartphone. However, as of now, we don’t know about the megapixel count of the secondary sensor of the smartphone.

But that’s not all that’s up Xiaomi’s sleeve. The company is also reported to be working on a smartphone with a triple rear camera setup. A recent teaser by the company also confirmed this. The Chinese smartphone brand has also teased that it would be launching a smartphone in India that will be powered by Snapdragon 730 or Snapdragon 730G SoC.

To recall, the Redmi Note 7 Pro is the first smartphone by the company to come with a 48MP primary camera in India. The device launched along with its younger sibling Redmi Note 7. As of now, there is no word on the pricing details and specifications of the Redmi Note 7S smartphone, but we are expecting it to be in the sub-Rs 15,000 segment.

Which Xiaomi smartphone are you looking forward to the most? The one with 48MP primary camera or the one with the triple rear cameras and Snapdragon 730/Snapdragon 730G processor? Let us know in the comments below.

Mallika Barsaley - Jan 22, 2022 0
Nowadays, uploading statuses has become a sign of creativity. The more innovative you get, the more followers you have. Thus, it has become quite...