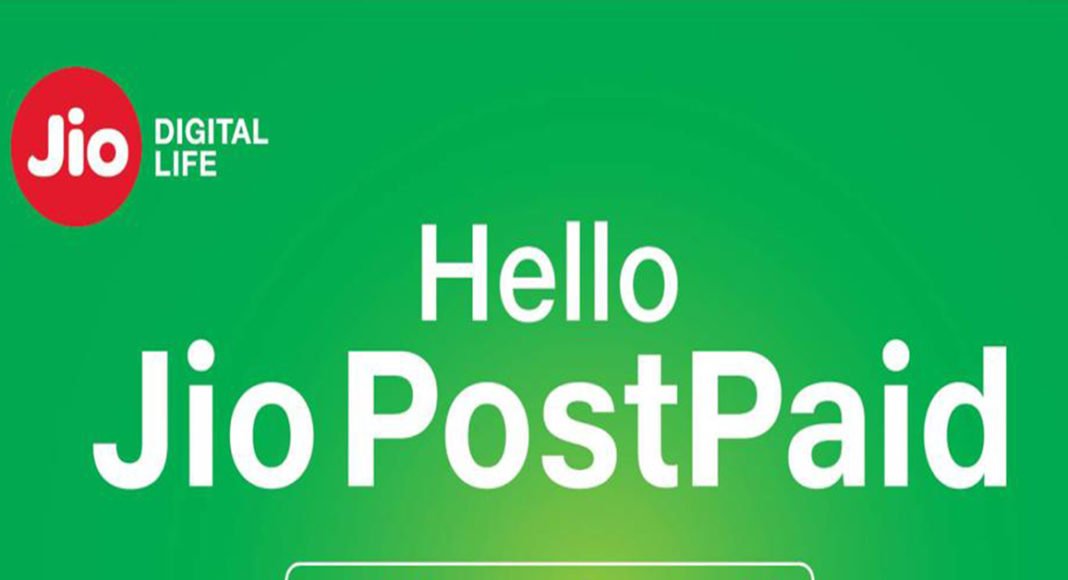 The company whose entry completely changed the face of Indian telecom market, Reliance Jio has today announced its new offering for its Postpaid customers. Dubbed JioPostpaid, the plan will enable users to get their postpaid pack activated at Rs 199. According to the company, with JioPostpaid, it aims to change people’s perspective towards postpaid plans, just like it did with its prepaid offers. Subscriptions to JioPostpaid begin on May 15.

JioPostpaid is being touted as India’s first ‘Zero-Touch’ service experience. Under JioPostpaid, services including voice calls, Internet, SMS, and International calling will be pre-activated. In its Rs 199 monthly plan, users will get 25GB of 4G data, free voice calls and SMSes. Besides this, they will also have access to entire suite of Jio apps.

For international calls, they will be charged at a starting price of 50 paise per minute. However, you may have to spend up to Rs 6 per minute depending on the country you wish to call. On calling someone in the United States or Canada, users would have to pay 50 paise per minute, however, this will go up to Rs 2 per minute if calls are being made to Bangladesh, China, France, Italy, New Zealand, Singapore and United Kingdom.

Furthermore, users would not need any additional packs for activating international roaming, as the company has made it a single-click way. Reliance JIO has come up with various plans one can choose from for unlimited benefits while travelling outside India. The international roaming packs include Rs 575, Rs 2,875 and Rs 5,751 plans. They will be functional in UAE, the United States, Thailand, Singapore, United Kingdom, Germany, Sri Lanka, Malaysia, Italy, Spain, Netherlands, Turkey, New Zealand, Philippines, Hungary, Greece, Portugal, Romania, Czech Republic, and Ireland.

Avani Baggahttp://www.gadgetbridge.com
Avani has an immense love for reading, travelling and food, but not necessarily in the same order. Avani almost started pursuing law, but life had other (better) plans for her and she chose to be a writer instead (luckily!) She previously covered technology at Times Internet and wrote about smartphones, mobile apps and tech startups. When she’s not writing, you’ll be able to find her in book stores or catching up on her social life.
Facebook
Twitter
WhatsApp
Linkedin
ReddIt
Email
Previous articleBenQ TK800 4K projector launched in India at a price of Rs 1.99 lakhs: Other details and specs inside
Next articleAnother Render, this time HD, of the OnePlus 6 surfaces online showing 3.5 mm and USB Type C ports

Now you can turn your old Samsung Galaxy smartphones into Smart Home Devices: Here is how

Reels Ads now being tested on Instagram, will be showing full-screen ads similar to...

Now you can turn your old Samsung Galaxy smartphones into Smart...

Apple AirTag is stalk-proof: Reason for not using it to track...

Best Solid State Drives (SSDs) that you can buy at price...